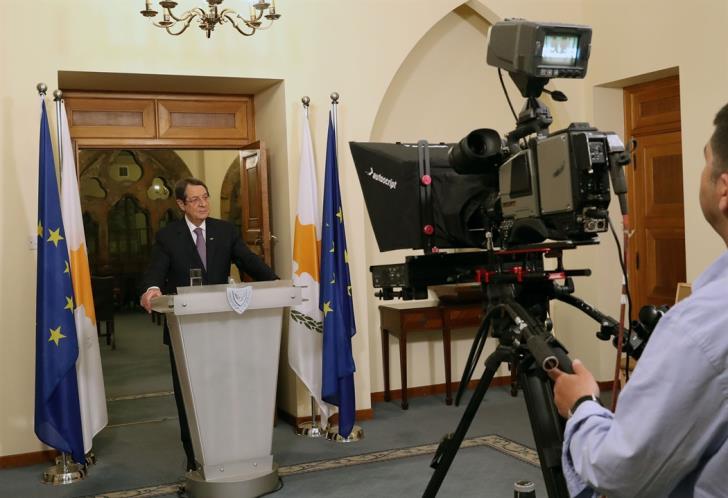 President Nicos Anastasiades on Monday night announced a near lockdown, saying movement will be restricted as from tomorrow at 6 pm except in cases where absolutely necessary, the latest in a series of tough new measures to contain the spread of coronavirus.

In a televised address, he also announced the closure of parks, squares, children’s play areas and beaches as well as building sites and said  citizens can not go to places of worship.

“We are truly at war, and this isn’t won by enlisting our children to give or take lives by means of arms,” he said. “Its a war which can only be won if we stay in our shelters.”

There are a total of 116 confirmed coronavirus cases in Cyprus, 21 of them announced today, the biggest jump since the first two Covid-19 cases were confirmed in Cyprus on March 9.

The government has already introduced a number of measures to contain the spread including prohibiting all passenger flights, closing schools, shopping malls, catering establishments, hotels and entertainment venues among other.

But there have been calls on the president, including from the Cyprus Medical Association, to restrict all but necessary movement and to stop people from congregating.

In his address, Anastasiades said that humanity was waging war against an invisible enemy, but the dangers were very visible. This was a war that can only be won if everyone remained in their shelter, he added.

He spoke of lack of discipline and irresponsible behaviour by some which endangered the rest of the population and said that the scientists advising the government had warned that there was danger the spread of the virus could get out of hand and threaten the viability of the health system unless the measures are adhered to and expanded.

To this end the ministerial committee which met this morning authorized the Health Minister to issue a decree that would:

The state would enforce the rules stringently and the violations carry a €150 fine, he said.

The president also announced measures to bolster the health system including Covid-19 tests at labs, use of medical and nursing students and more public health clinics.

He also told parents and families of students that he shared their concern, spoke of a painful decision and said that as soon as conditions allow, the government will look at a return in stages, with priority going to the vulnerable.

And he assured workers, companies and the self-employed the government will support them and that the package of support will be announced shortly.

By In Cyprus
Previous articleCOVID-19: Fact versus fiction
Next articleCoronavirus: Intubated patient transferred from referral hospital to Nicosia