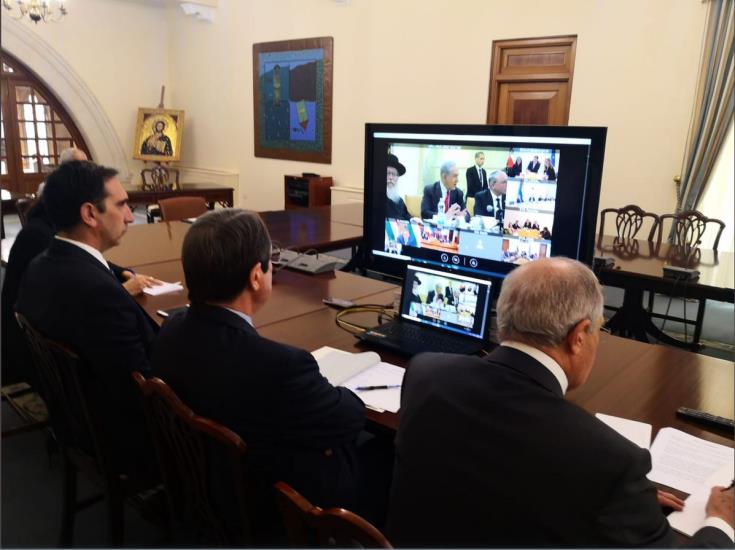 During the meeting proposals were submitted such as disinfecting airports and exchanging information for the effectiveness of measures.

In a written statement, Koushos says President Anastasiades took part at 1100 hours local time in a teleconference with the heads of government of Israel, Hungary, Austria, Italy, Croatia, Bulgaria and Romania during which the coronavirus outbreak was discussed.

The heads of government informed each other on the state of affairs in their countries and exchanged views on the best way to deal with the virus’ spread, the written statement continues.

Netanyahu, on whose initiative the teleconference was held, informed his counterparts that Israel is quickly moving ahead with discovering a vaccine against the virus in cooperation with US companies.

Austrian Chancellor Sebastian Kurz informed that Austria is going ahead with research to find methods citizens can use to discover viral symptoms by themselves with quick results, adding that he would brief the other heads of government soon on the outcome.

During the teleconference, suggestions were made to disinfect places where an increased movement of people is observed such as airports and it was agreed to exchange information between the countries on the effectiveness of the measures, the best practices, which have already been implemented.

The heads of government also decided to further exchange information which have to do with the coronavirus and agreed to be in constant touch, the Spokesperson’s written statement concludes.