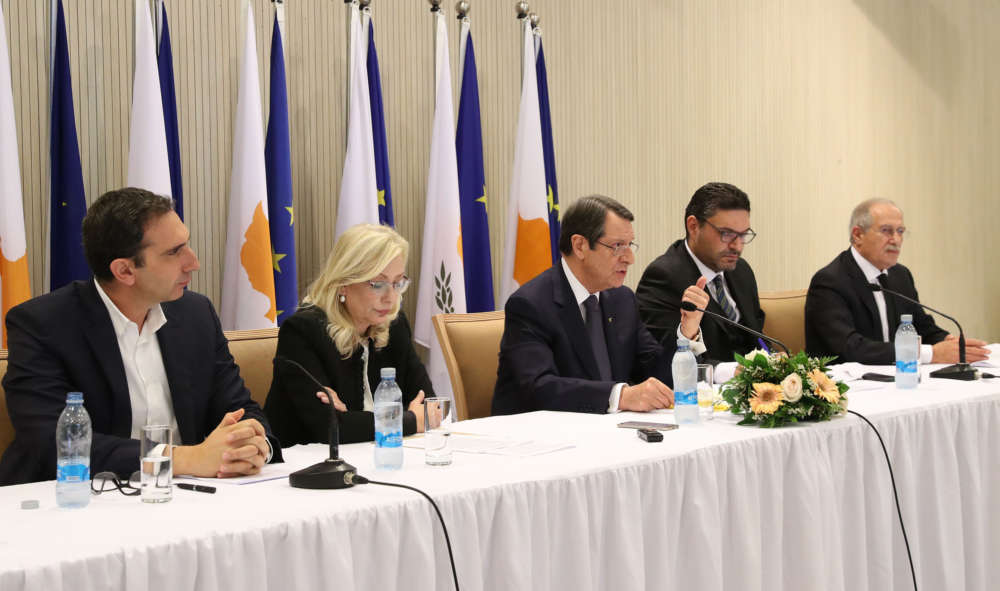 Sweeping measures were adopted by the government on Sunday to prevent the spread of Coronavirus in Cyprus, including prohibiting its citizens from re-entering the country unless they present authorities at the airport with a valid certificate from an accredited health centre abroad saying that they don’t have Coronavirus.

The government has published a list of vulnerable groups who are considered high risk and are to be restricted from their workplace.

Supermarkets assured the public that there is no reason to panic and there are adequate stocks.

Archbishop Chrysostomos on Sunday called on the faithful not to go to church for three weeks (until April 10).

The first two patients hospitalised after testing positive for coronavirus are to be discharged on Monday from Famagusta Hospital in Paralimni which is the referral hospital for the virus, according to latest reports.

Meanwhile, the Transport Ministry told private and public transport companies to not exceed 50% of their normal passenger capacity and told them they have until March 17 to obtain disinfection certificates and put them up in their vehicles, otherwise they will not be allowed to provide services.

EAC and Cyta told their customers that bill payments should be conducted online and that no disconnections will take place for non-payment of bills.

The Foreign Ministry advised Cypriot citizens to avoid all travel unless absolutely necessary starting Monday at 6pm and until April 30 in its latest travel advice to Cypriots and foreign nationals published on Monday. Everyone entering the Republic should show a certificate obtained from one of these medical centres abroad showing that they were tested negative to Coronavirus.

The Labour Ministry announced a €159 million package to support workers and parents staying at home, part of a €700 million fiscal package was announced in support of businesses listing among other measures the reduction of VAT from 19% to 17% and the suspension of obligation of companies to submit VAT payments for two months.

Another seven patients tested positive in the Republic of Cyprus last night raising the total to 33, in addition to six cases confirmed in the Turkish-occupied areas. The British Bases confirmed two cases.