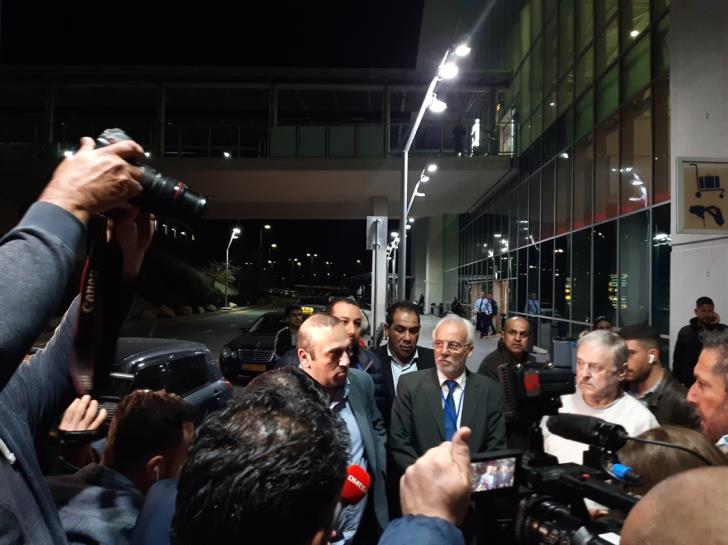 About 70 passengers who arrived at Larnaca and Paphos Airports without the required health certificate last night, a couple of hours after new rules kicked, have been taken to quarantine facilities in Troodos and Platres while the government takes stock of how to help Cypriots stranded abroad.

The new rules came into force at 6 pm on Monday and are in force until April 30. They require all those coming to Cyprus to have a health certificate from an accredited lab from the country of destination that they have tested negative for the virus. They must also spend two weeks in quarantine in facilities designated by the state.

But there has been a flood of complaints on social media by affected individuals who say they are unable to obtain such a certificate as overstretched health authorities only test those who have symptoms.

Transport Minister Yiannis Karousos rushed to Larnaca Airport last night after about 40 passengers from London were initially informed they could not disembark. They were eventually allowed off the airplane and sent by bus to facilities in Platres.

He said that it was impossible to obtain a health certificate in the UK and that the airline had not asked for one, asking only to see documents that they were Cypriot nationals.

Once they landed, they were however informed by the pilot that they would not be let off the airplane, that it would be refueled and they would return to London.

“We all stood up and refused to sit down and said if you can fly with us standing, go ahead,” he said.

After about what he described as about two hours of ‘difficult’ conditions on the plane, they were eventually allowed off.

The passenger, who is a diabetic, said facilities at are unsuitable for such conditions as it is a summer retreat.

There were similar scenes at Paphos Airport following the arrival of another flight from the UK — this time from Manchester where passengers, mostly students were initially not allowed off. They were eventually bused to government housing in Troodos where they will be quarantined for 14 days.

The government has offered a 750 euro allowance to students who remain at their country of study in an apparent attempt to stave off a flood of arrivals that will overstretch the system as it tries to contain the spread of coronavirus.

But there has been an outcry – both from parents concerned about their children — and from travellers, Cypriots and other legal residents, who are stranded abroad and cannot obtain the certificate. Many have also argued that it is unconstitutional and unacceptable for a state to deny entry to its own citizens.

Although the ministry has published a list of accredited labs, affected travellers say it is impossible to get tested.

Karousos said that the issue will be re-assessed today with CyBC also saying that the Foreign Ministry is expected to making announcements later today.

By In Cyprus
Previous articleCoronavirus: SHSO releases updates on the operation of Cyprus hospitals
Next articleLatest on the spread of coronavirus around the world