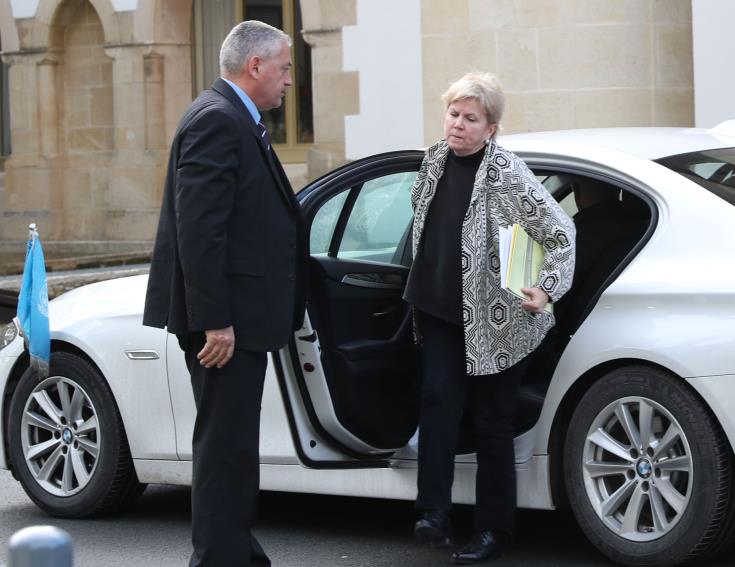 Consultations are underway at the highest level regarding the new visit of UN envoy Jane Holl Lute to Cyprus, after a proposal submitted by the Turkish Cypriot leader Mustafa Akinci regarding the creation of a joint committee for hydrocarbons.

Earlier this week, Lute spoke with the two leaders on the phone, and as President Anastasiades wrote on twitter last Wednesday, they agreed that she would visit Cyprus in about three weeks.

A government source told CNA that Akinci’s proposal disrupts the schedule which was agreed with the UN official and gives priority to a tête-à-tête meeting between the two leaders to discuss the idea of a joint committee for hydrocarbons.

The same source said that the Cyprus government insists that the meeting with Lute is more important, while the Turkish Cypriot side seems to favor the tête-à-tête.

President Anastasiades conveyed the preference of the Greek Cypriot side during his last telephone conversation with Lute, on Friday evening. As Government Spokesman Prodromos Prodromou wrote yesterday on twitter, President Anastasiades reiterated his willingness to resume negotiations and told Lute that he is ready to welcome her in Nicosia to conduct the relevant consultations.