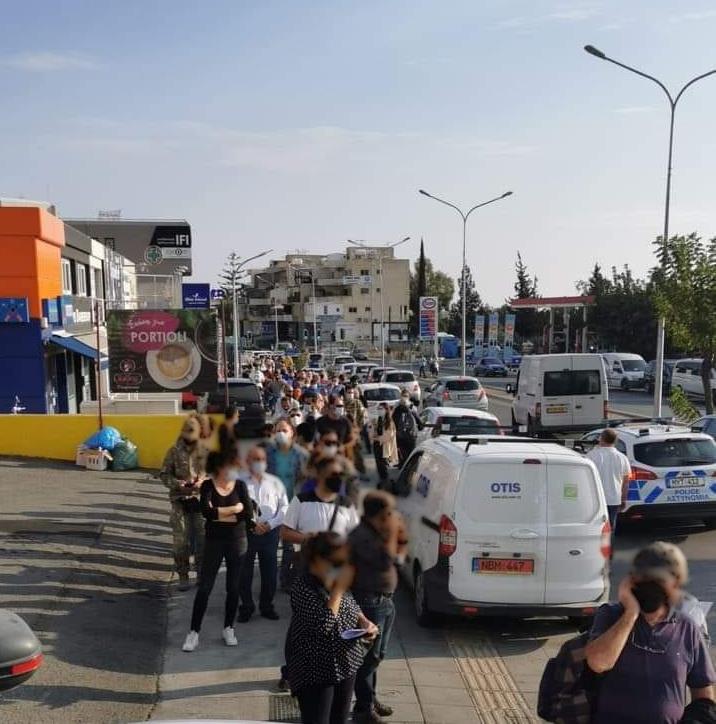 Tension prevailed on highways on Monday with workers and other professionals queuing up for a long time to show their exempt documents on the travel ban imposed on Limassol and Paphos districts.

The two districts are in almost complete lockdown since last week because of the rising number of covid-19 cases recorded there over the past two to three weeks.

The chaotic conditions on Monday prompted Justice Minister Emily Yiolitis to personally go and see for herself the state of play at checkpoints.

The Minister was forced to give instructions for sampling and not one-to-one inspection og documents so as to speed the procedure.

Queues and inconvenience were also reported outside sampling laboratories in all cities where, for the third day in a row, people rushed to obtain a negative coronavirus certificate so as to be able to move between districts.

The number of Limassol residents who commute daily to other districts, primarily in the capital of Nicosia,  appears to have been much higher than the one estimated by the Ministry of Health.

By Monday afternoon, health officials apologized for the inconvenience and attributed the issue to miscalculations but also onto rushed decisions. In addition, confusion among citizens over the official announcements of previous days worsened the checkpoints situation.

At the same time, schools were also in a state of upheaval with teachers who commute between districts getting trapped in inspection procedures and failing to be in class on time.

As for students and teachers at high schools and technical schools in Limassol and Paphos they were in their own state of confusion with Monday being the first day of overall distance learning implementation.

It was the turn of the Ministry of Education to review taken decisions and proceed with new regulations in order to deal with rising obstacles.