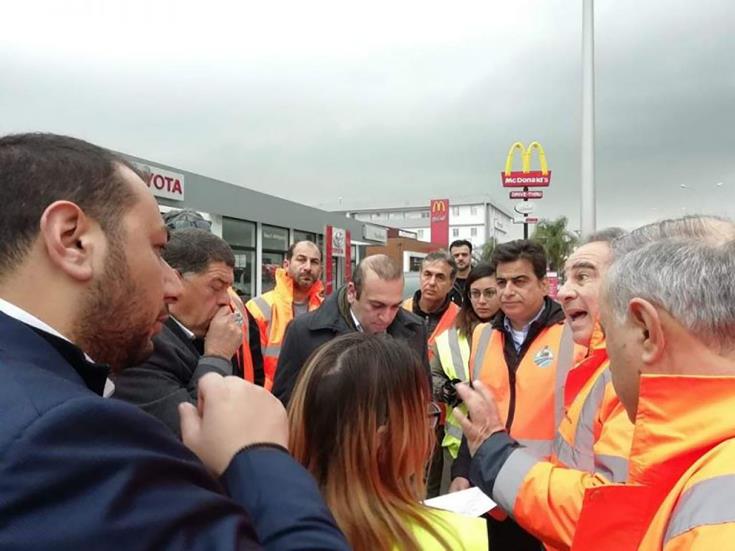 A statement by Paralimni Municipality also said that the Minister went to 1st April Avenue for an on the spot look into this major project which is now finishing off. One will be able to drive the full length of the road from Dherynia through Paralimni.

Talks between municipality officials and Karousos followed, focusing on the municipal building and town planning works on the streets of Kaparis- Giorki Papadopoulou – Korai – Alexander the Great – Stadium.

Talks also focused on the traffic network between Sotira, Limni, Agios Panteleimonas, Oasis, Kapari and Dherynia. As well as on pending works for bicycle lanes and an improved town bus service.

Karousos said Ministry’s technocrats are fully aware of the state of play of these specific projects and that their implementation is top priority.

By Annie Charalambous
Previous article
Coronavirus: High school pupils returning from Milan, to be home-quarantined
Next article
Father, son jailed for 4 and 3 months in 2014 death of 18 year old in Ayia Napa hotel pool