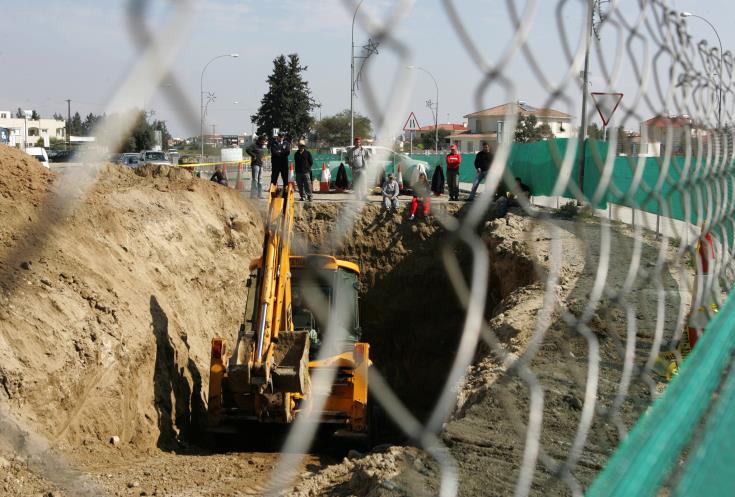 Presidential Commissioner Photis Photiou has warned that the Committee on Missing Persons is faced with the danger of closure due to the lack of new evidence, while the fate of the majority of missing persons in Cyprus is yet to be determined, and has called on Turkey to finally cooperate in order to put an end to the ordeal of relatives.

According to a press release issued by his office, Photiou was addressing on Monday evening an event marking the Cypriot Missing Persons Day, in London.

Despite locating a significant number of remains of people included in the initial list of missing persons and identifying by way of DNA testing their identity, “we find ourselves faced with the immediate danger of cessation of the work of the Commission, as the success ratio of exhumations and location of remains has dropped abruptly.”

And this, he added, “while most of our compatriots included in the initial tragic missing persons list are still missing.”

We have even reached a point, Photiou continued, that work at the anthropological lab for the identification of remains has been significantly reduced. “There are almost no more remains to investigate and identify,” he said.

He presented CMP data for 2018 according to which the remains or partial remains of about 11 people were located while in 2017 the remains of 50 people were found. Right now, he noted, there are still 850 missing people, 44 years after their disappearance.

“It is imperative that Turkey finally shows in practice that it has the necessary political and humanitarian will to end the pain and agony of Greek Cypriot, Greek and Turkish Cypriot missing persons’ relatives,” he said.

At the same time, Photiou stressed that the government will continue with determination and in cooperation with relatives and their associations, to do its utmost in order to get answers for all missing persons.

So far, the remains of 896 missing persons were identified from both communities and were given to the families for a proper funeral.  A total of 1,230 places where missing persons are believed to have been buried were excavated by CMP and remains were found in only 336 locations.

CMP has been established, upon agreement between the leaders of the two communities, with the scope of exhuming, identifying and returning the remains of missing persons to their relatives.