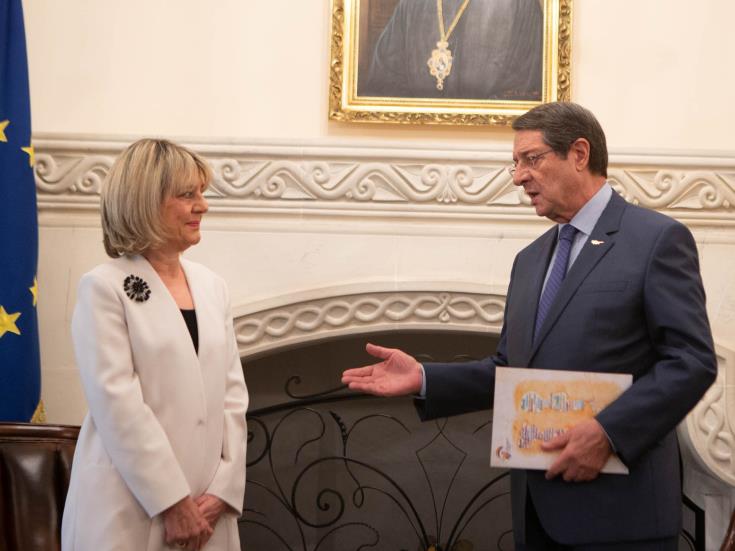 Commissioner for Children’s Rights Leda Koursoumba said that in 2017 she recorded 531 new complaints for matters under her jurisdiction, a rise of 10.5% compared to 2016.

According to the Commissioner, 35% of the complaints had to do with education, 20% with the family, 11% with welfare benefits and 11% with violence.

She was speaking after she submitted her annual report to President Nicos Anastasiades, who said that the government is taking measures to make the state more responsive to children’s needs and to coordinate policies and actions with the Commissioner’s findings.

“The increase in the number of complaints shows that society’s confidence towards the Commissioner is growing,” Koursoumba said.

She also expressed her satisfaction for the fact that the state acted on some of the suggestions the Commissioner pointed out.

Specifically, Koursoumba said that she sees policies implemented by the state based on their suggestions in especially in matters of education and that she also looks forward to some of the suggestions being translated into legislation.

“We welcome suggestions so we can improve practices which were not as efficient as they should have been,” the President responded.

The report’s findings and suggestions

Among others, the Commissioner noted in her annual report that: