Comet 46P in ‘closest approach’ to earth in 20 years 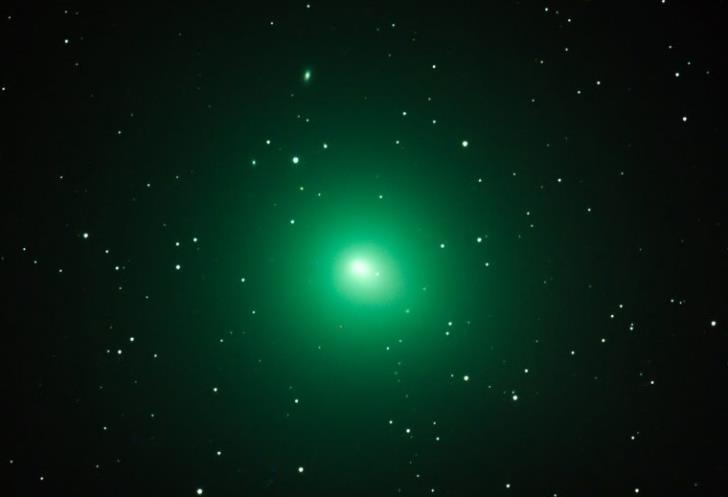 The comet 46 P/Wirtanen will pass very close to earth this weekend and during its closest approach on Sunday,  will be visible to the naked eye (under extremely dark skies).

The 46P/Wirtanen comet will come within 11.5 million kilometres from earth’s surface, making it one of the 10 closest comet approaches since 1950 and the 20th closest approach of a comet dating as far back as the ninth century.

First discovered by American Astronomer Carl Wirtanen in California on January 17, 1948, 46P/Wirtanen is one of the 10 recorded comets to have made very close approaches to earth.

Only a few of these comets – including 46P/Wirtanen – were bright enough to be seen with the naked eye.

“It’s part of a group called the Jupiter group of comets, because it extends out almost to Jupiter’s orbit,” astronomer Professor Fred Watson told 9Honey Travel.

“The Wirtanen comet comes up every 5.4 years but when you wrap the earth’s orbit into that, it appears in our skies much more infrequently. But the best part is that it’s around Christmas, and is going to be relatively bright.”

The last time this particular comet came this close to the earth’s surface was 70 years ago.

To spot the comet, “follow [the constellation] Orion’s arm through his bow to the right and look for a fuzzy blob that is green compared to the stars around it,” Dennis Bodewits, an astrophysicist from Auburn University,told Space.com.

EarthSky.org noted that “likely will not evolve into a spectacular sight.” Be on the lookout for a “large, diffuse, dim object,” the site adds.

The comet will  be at its closest to earth at around 3 pm on December 16.

The comet event will offer a unique opportunity for astronomers.

Bodewits plans to use three NASA telescopes — the Hubble Space Telescope, Chandra X-ray Observatory and the Neil Gehrels Swift Observatory — simultaneously to track the comet’s path across the sky. He’ll also use the instruments to collect data on the ices that make up the object and to study how chemical processes change the gas around it.

“These observations are like a space mission in reverse, because the comet flies by us,” Bodewits said. “Because the comet comes very close to Earth, we can investigate the inner 200 kilometres around the nucleus, a region we cannot resolve for most comets.”

Comets are icy bodies that whizz across the sky, releasing gas or dust. They are believed to be made up of leftover material that initially formed the solar system about 4.6 billion years ago.

Comet 46P/Wirtanen appears to be very similar to another comet, Hartley 2.

That object visits the inner solar system about every 6.5 years and was one of the main targets of NASA’s Deep Impact mission, which launched in 2005.

“Hartley 2 puzzled astronomers because it releases much more gas than was expected from its size,” Bodewits said. “Comparing [the] two will allow us to learn more about how comet activity works.”