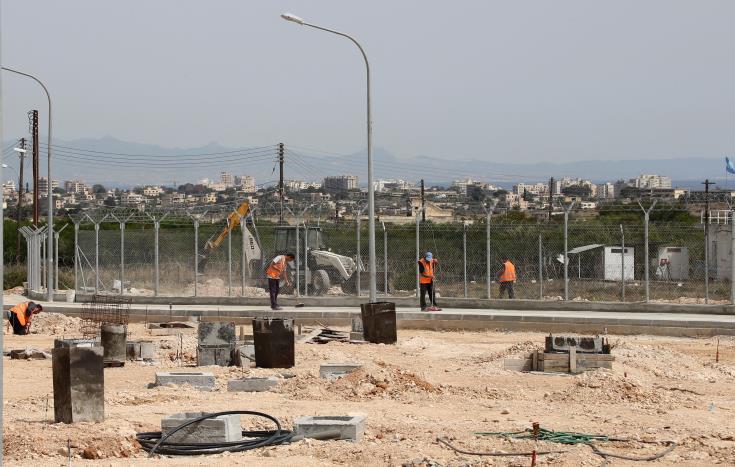 The crossing point at Dheryneia cannot be opened unilaterally by the Turkish side, which so far has not implemented what was agreed about the opening, ie. to remove a manned Turkish military post from the area, sources told the Cyprus News Agency.

CNA contacted the UN on Friday which said that neither side has informed the UN peace-keeping force in Cyprus (UNFICYP) that they are opening the crossing point in Dherynia. This was reiterated today. “There hasn`t been any change in the situation,” a UN source told the agency.

Mayor of Dheryneia, Andros Karagiannis, with whom CNA spoke today, repeated once again that the Greek Cypriot side has been ready for the opening of the crossing point and that the work which was pending in the buffer zone, has also been completed. He said that on Friday he had a meeting with the UN who briefed him that they know nothing about the opening on Monday and that both the Greek Cypriot side and the Turkish Cypriot side have not told them anything officially.

Karayiannis said that on Friday works were underway by the Turkish Cypriot side and added that most probably what is going to happen tomorrow, is that these works will be completed.

According to a communique issued in May 2015 by President Anastasiades and Turkish Cypriot leader Mustafa Akinci, the Technical Committee for Checkpoints was instructed to proceed with the opening of more checkpoints, starting with Lefka/Aplici on the northwest and Dherynia in Famagusta district, on the east.

An agreement is also pending for the opening of the old Aglantza (Nicosia)-Athienou road as well as the Pyrgos-Pahiamos road.

In the past several years, many crossing points have opened to facilitate the movement of people to and from the island’s northern Turkish occupied areas.