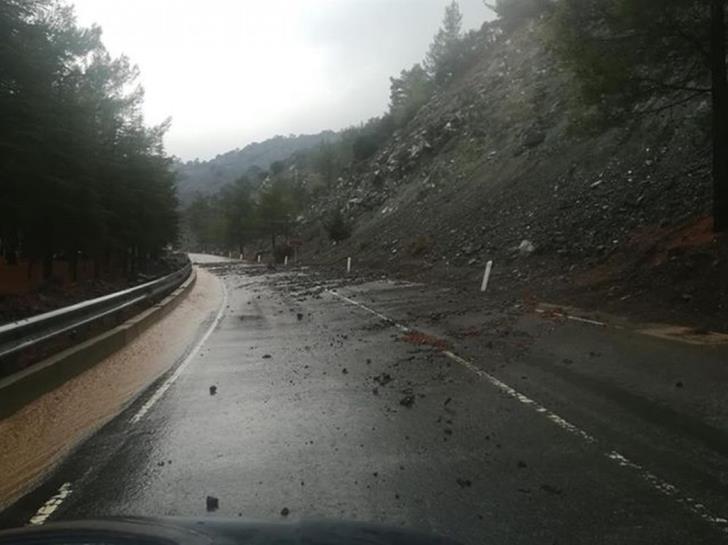 Sunday will be partly cloudy with isolated showers, the met office said.

Temperatures will be 17 C inland and on the south-east coast, 16 C on the east coast, 18 C on the south and south-west coast and 6 C in the mountains. Snow and frost are expected in Troodos.

On Sunday night, temperatures will drop to 7 C inland, 10 C on the coasts and 1 C in the mountains.

Monday and Tuesday will be will be mainly cloudy with local showers. There may snow in the higher Troodos peaks.

A number of rural roads have closed due to overflowing rivers and landslides, police said on Sunday.

In Paphos, the road from Tzielefos bridge to Ayios Nikolaos towards Pera Vasa, as well as the Kelokedara-Amargetis-Nata and the Salamiou-Galataria roads are closed due to landslides.

The height of snow at Troods square was 58 cm on Sunday.