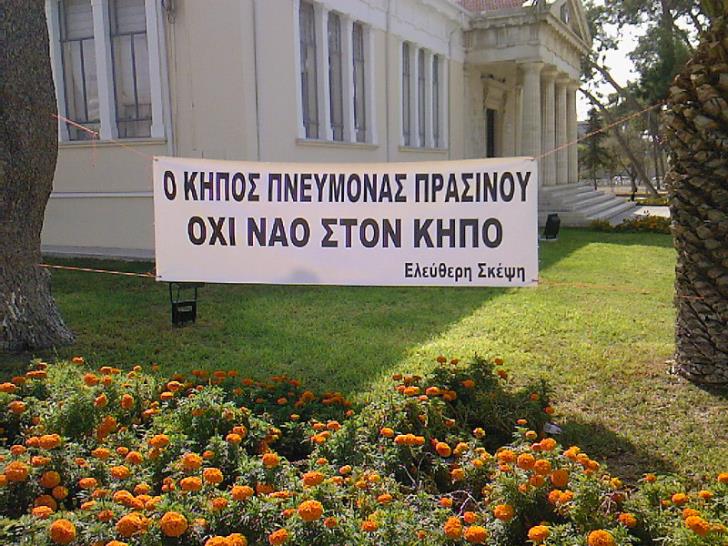 Paphos municipal council on Thursday will examine plans by the church to build a cathedral in the municipal garden.

The idea is opposed by a number of organised citizens’ groups as well as AKEL, the Green Party and the Scientific and Technical Chamber (ETEK).

In an announcement on Thursday, ETEK said that the construction of the cathedral should not be a matter for discussion as the idea was rejected in 2009.

“It is with great regret that we see an issue which concerned citizens, institutions and the state ten years ago returning to the news cycle and threatening a high value public space again,” ETEK said.

It argued that the idea “should be immediately rejected” and urged the municipal council to take the necessary steps to bring the garden under its jurisdiction.

The Chamber also spoke of the need to protect the character of the urban centre of the city which was revamped for Paphos’ tenure as Cultural Capital of Europe and is “now unique among Cypriot cities.”

ETEK described the citizens’ reaction as a powerful argument against the construction of the cathedral and a step forward towards “participatory and transparent urban planning”.

“ETEK is ready to present its arguments to responsible authorities, as well as to participate in processes to find an alternative location for the cathedral, something which was discussed and agreed on ten years ago. In any case, ETEK will stand firmly against any decision or suggestion which violates basic urban design principles,” the announcement concluded.

Citizens’ groups and the Green Party have called for a protest at 6 pm on Thursday, March 21, outside the town hall.

The Green Party describes the garden as the “only green lung left in the city”.

Citizens have started an online petition against the construction of the cathedral.

According to philenews, citizens’ groups highlight the fact that in 2009, the municipality, Paphos’ bishopric  and the Interior Ministry agreed on erecting the cathedral on state land instead of in the garden.

On its part, AKEL said that although it “recognises the Bishopric’s ‘ right to erect cathedrals to serve the faithful,” it does not, “in any case consent to the construction of a cathedral inside a public garden.”

The party argues that the cathedral will worsen the traffic problem of the area and that it will be incompatible with its neoclassical buildings.

In an circular, the Bishopric says that “a cathedral by definition is the temple which is located near the Bishop’s residence.”

“A cathedral inside the garden is essential as it will be close to the Bishopric  as many rituals are made in procession from the Bishopric to the church,” it adds.

The Bishopric argues that attempts for the construction of the cathedral in Mousalla have failed as the state “would not discuss conceding or exchanging part of the area”.

“The church will be fully compatible with the other buildings of the area and its natural environment,” the circular concludes.