Christmas tree of the missing persons put up in Nicosia 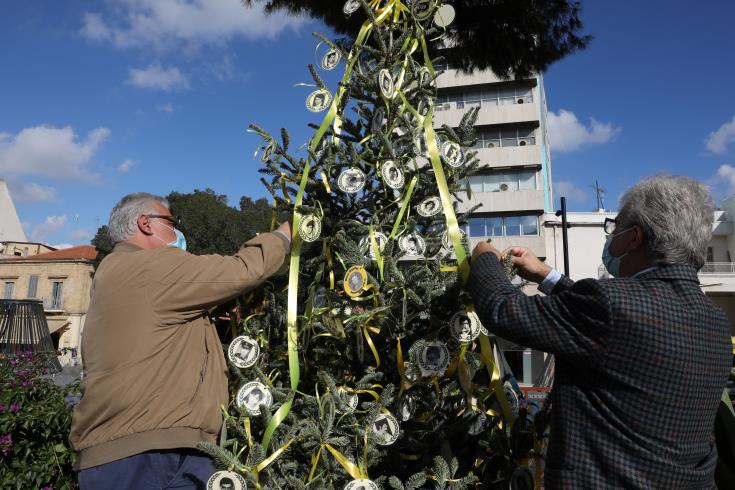 The Christmas tree of the missing persons in Cyprus has been put up again in the yard of the old Nicosia Town Hall, with Presidential Commissioner, Photis Photiou, noting that it symbolizes the will to continue the struggle with a view to establish the fate of every single person.

Photiou also said that the tree also symbolizes the shame that world powers tolerate the occupation force, Turkey, which does not cooperate to settle the humanitarian issue of missing persons.

The President of the missing persons relatives organizations, Nikos Sergides, stressed that they will continue their effort to restore the rights of missing persons and their families.

Nicosia Mayor, Constantinos Yiorkatzis wished that this will be the last year that this humanitarian issue remains unsolved.