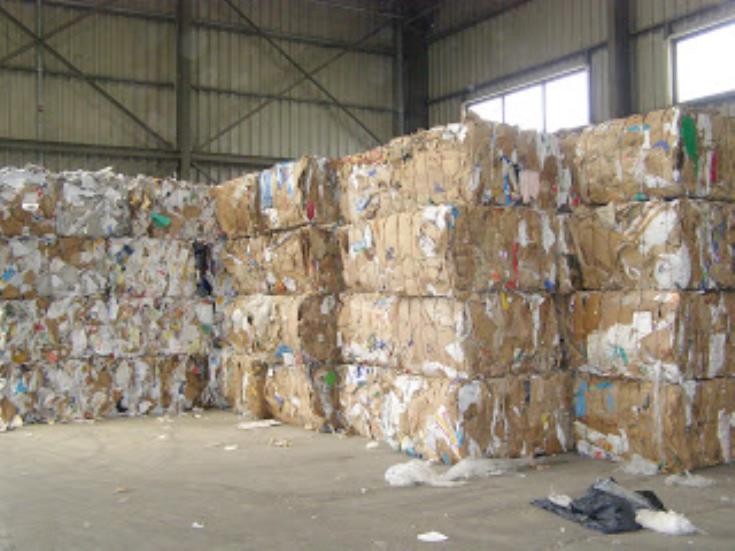 In an interview with CNA head of the Paphos Commerce and Industry Chamber and member of the CCCI Board’s Executive Committee’s Andreas Demetriades, said that until September 2018 producers should put in place individual or collective waste management for non-packaging paper.

The company which will be established, Demetriades said, will aim to separate paper and recycle it through the creation of a collective non-packaging paper waste management system.

Today, he explained, non-packaging paper is not separated at the source but rather it is collected in the same way that packaging paper is collected by Green Dot. In order to manage this type of paper, Green Dot was paid by municipalities and local authorities which participated in its programmes. Since the legislation was approved, the responsibility has shifted to paper producers, he added.

If the new system decides to go at it alone, which would be extremely difficult to impossible to succeed, then the public needs to be made aware so that packaging paper and non-packaging paper can be separated at the source and collected separately.

If the new system cooperates with Green Dot, which is already making the collection, then separation would take place at a later stage in premises where materials are sorted as it is done today.

Packaging materials would be then passed on to Green Dot while non-packaging paper would go to the new system.

He also noted that the new system’s operations will not be in competition with Green Dot operations nor to any other private organisation.

Additionally, it covers art paper, books, school notebooks and other paper for school use and paper used for the production of any of the above items.

Demetriades explained that on December 15 2017 the regulations on non-packaging paper were published in the Republic of Cyprus’ official gazette which include the legal framework of producers’ obligations.

The legislation provides for the establishment of a separate non-packaging paper waste management system by producers.

The regulations are based on the extended principle of producer responsibility and affect all natural or legal persons who for the purpose of their professional operations supply the Republic of Cyprus’ market with non-packaging paper.

He also noted that the term supplying the market means the first time during which non-packaging paper is supplied to the market. That is to say, he explained, at the stage of sale or use and not during its import.

Whoever processes or resells non-packaging paper which is already available in the Cypriot market is not considered to be a producer.

According to the regulations, producers must be September 2018 put in motion the establishment of individual or collective systems for the management of non-packaging paper waste.

The legislation puts an obligation of management on producers which is mandatory not optional.

Demetriades also said that because this obligation would not be viable or practically possible for each business to undertake on its own, it is customary to develop collective systems in order for companies to meet their responsibilities.

This has also been the case with packaging waste with the establishment of Green Dot, electronic devices and electronic equipment with WEE Electro Cyclosis and domestic batteries processing by AFIS Cyprus.

CCCI is a shareholder in all three companies / bodies which have undertaken the collective responsibility of producers, he pointed out.