Cabinet to decide on Wednesday about measures against COVID-19 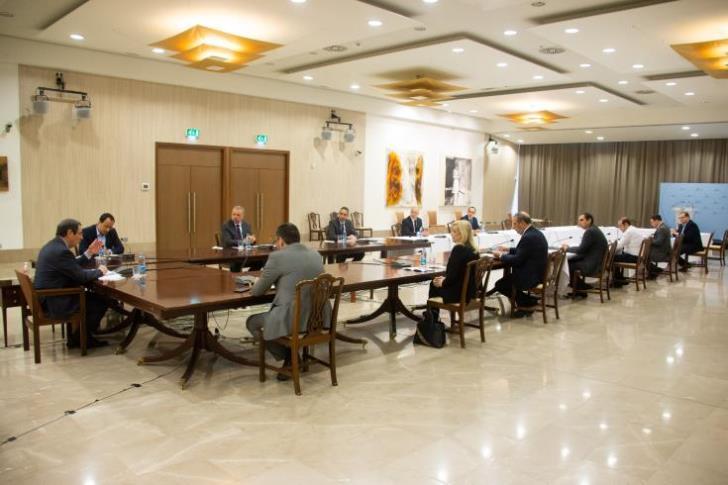 Cyprus Government Spokesman, Kyriakos Koushos, has told CNA that the Council of Ministers will decide on Wednesday about what will happen as regards the existing measures against COVID-19, as well as the measures which will apply during the Christmas period. He noted that the decisions will be announced on Friday by Health Minister Constantinos Ioannou.

The Council of Ministers will convene at 1030 local time under Cyprus President Nicos Anastasiades. Before that, at 0900, the President will preside over a meeting of  the epidemiological advisory team.

The President will listen to the epidemiologists, and following that the Council of Ministers will decide on what will happen as regards the current measures and about the measures that will be in effect during the Christmas period, Koushos told CNA.

He went on to say that the decisions will be announced on Friday by the Health Minister.

Asked if the President may deliver a televised message to the people, the Spokesman said they have not discussed about this.

Meanwhile the members of the Council of Ministers and members of the Presidential Palace staff underwent again on Tuesday COVID-19 tests. Results are expected later today.

Agriculture Minister Costas Kadis tested positive for COVID-19 last week. Following that, Minister of the Interior, Nicos Nouris, and Transport Minister, Yiannis Karousos, who were among his close contacts, have been self-isolated.

Defence Minister, Charalambos Petrides, had also been self-isolated after a person who attended a trilateral meeting of the Defence Ministers of Cyprus, Greece and Israel that took place in Nicosia earlier this month, tested positive for COVID-19.

By gavriella
Previous article
Delays in the arrival of postal items due to decrease of flights
Next article
U.S. federal agency greenlights Biden’s presidential transition