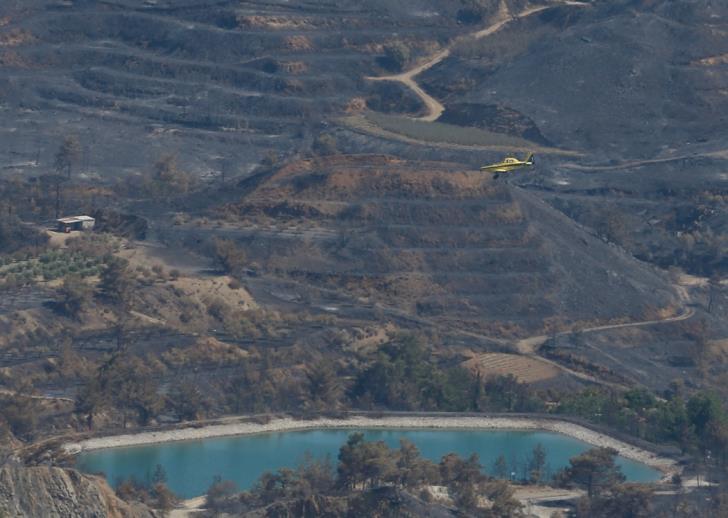 Cabinet on Wednesday meets to approve urgent financial assistance to those affected by the weekend’s biggest wildfire in the Mediterranean island’s recent memory.

The fire broke out in the Arakapas area of Limassol early on Saturday afternoon and could not be put under control until Monday morning.

The description is noted in the current Policy Statement for the Regulation and Control of Development and the Protection of the Environment in the Countryside and Villages.

Remarkably unique protected landscape can be found in Arakapas and Agioi Vavatsinias Dam, as well as at Stavropefkos Mountain in the community of Odou and the chromite geo-formation area in Akapnou community.

Almost all affected communities are included in the list of designated villages which are of special social, architectural, historical or other interest or character.

These villages are also listed as Environmentally Sensitive Areas and have, for the most part, traditional features which retain their old structure and character.

By Annie Charalambous
Previous article
Bank of Cyprus: With a history of more than 120 years
Next article
Police carry out 2,575 covid measures inspections in 24 hours, issue 58 fines