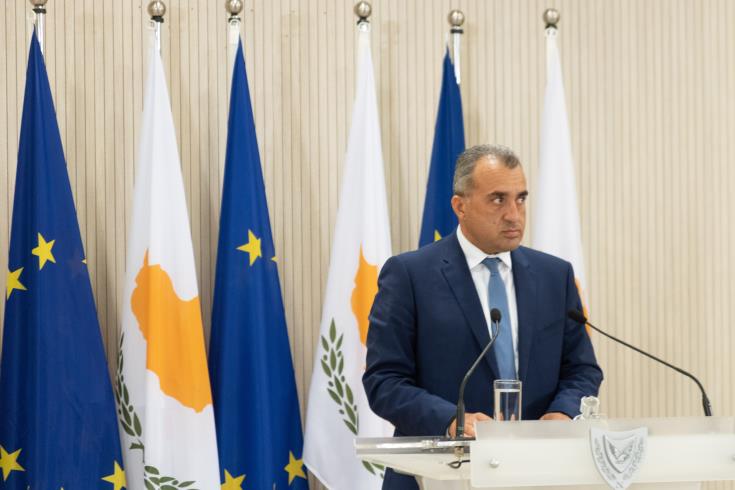 The Cabinet has decided in favour of a third dose of the COViD-19 vaccine for a certain category of citizens, noting that after two months of being in the red zone, numbers now indicate Cyprus is on the right path.

Minister of Health Michalis Hadjipantelas, addressing reporters after Thursday’s Cabinet meeting, said that the situation in hospitals “is very good and hospitalisations continue to decrease”.

The measures call for a third dose of the COVID-19 vaccine to persons over 65, those residing in nursing homes, immunosuppressed people, regardless of age as well as to health professionals, provided they have completed six months since the completion of their vaccination regime. Information on the procedure and date of commencement of vaccinations will be announced in the coming days.

All academic institutions will operate with physical presence at two thirds of the classroom capacity, with students, teachers and staff demonstrating the necessary SafePass.

All other measures in force will continue to be valid until 22 September.

The majority of the population, said the Health Minister, participated in efforts to overcome obstacles which only a few weeks ago seemed impossible. “Significant steps to curb the spread of the Delta variant were made, as well as the uncertainty of some people towards vaccination”, the Minister added.

The Minister said the relevant authorities’ guidelines were strictly adhered to as well as the results of research conducted by scientists worldwide.

The health system, he added, stood standing while no one was denied medical help or care at the highest level. Cyprus is in the second lowest position as regards to mortality levels (after Finland), the Minister said. For this reason, Hadjipantelas added, we have to continue “securing the health system and providing unhindered quality care to all our fellow citizens” something, he said, that cannot be negotiated.

The Minister said excessive relaxation of personal protective measures and public health measures swiftly increase cases and “any signs of complacency are catastrophic”.

“We have to complete this wall of immunity”, the Minister said and for this reason the Cabinet decided today’s measures.
The Minister said all measures are under continued evaluation according to the current epidemiological data while details of the cabinet’s decisions will be released when the Order is issued.

Asked when vaccinations will start, the Minister said announcements will be made in the coming days but at some nursing homes, vaccinations may start from tomorrow, Friday.