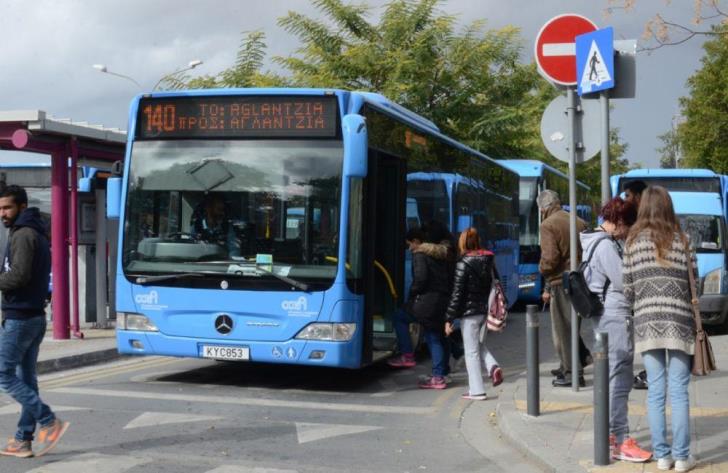 Bus companies did not rule out a lockdown in public transport if there are no amendments to the relevant tender terms for 2020-30, following a protest on Friday outside the Conference Centre where the parliament convenes and a march to the Presidential Palace.

Charis Therapis, spokesman for the EMEL (Limassol), ZINON (Larnaca), OSEA (Famagusta), OSYPA (Paphos) companies and cross country buses, told CNA that buses will remain parked throughout the weekend in central areas of all cities, with demand banners, but not hindering traffic.

Lines are operating normally in all cities.

On Wednesday, a nationwide 24 hour strike will be held, with all lines cancelled, including pupil routes.

‘No one can play with the hundreds of people working for the companies’, Therapis added.

He stressed that bus companies representatives would not be returning to Nicosia, as all parties involved got the message, adding that ‘the transport ministry has not moved an inch from its positions’.

He noted that things are becoming quite serious, as a discussion in yesterday’s parliamentary transport committee turned into an ‘arena for 2.5 hours’, with Auditor General Odysseas Michaelides and a representative from the Attorney General’s Office being called to offer an opinion in the process.
Therapis added that MPs were demanding an explanation about the state of public transport, realising that bus companies will not be backing off.

‘We are giving time to authorities until Wednesday, when the strike will take place’, the bus companies representative said.