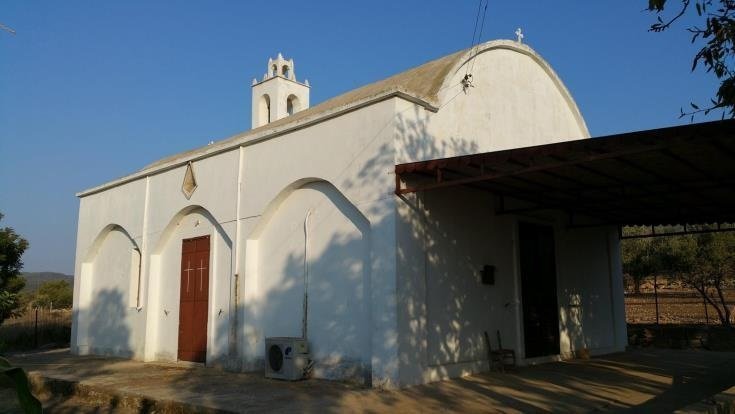 Turkish Cypriot authorities yesterday finally allowed the remains of an enclaved Greek Cypriot from the Turkish-occupied village of Ayia Triada who died 20 days ago in the free areas of the Republic of Cyprus, to be transferred to his village for burial, CNA reports.

Turkish Cypriot authorities requested, among others, that his relatives present a test as a proof that the deceased was COVID-19 negative, before allowing the UN peacekeeping force to bring his remains to Ayia Triada. Their initial reaction was that no burial services could take place for public health reasons. As a result, the remains of the man were kept in the free areas of the Republic for 20 days, until permission was given to transfer him to his village.

A number of enclaved Greek Cypriots from the Karpas peninsula with health issues increasingly face problems after a decision to close crossing points, as they can not attend scheduled appointments with doctors in the free areas of Cyprus. There is also a person undergoing chemotherapy among the enclaved, CNA adds.

President Nicos Anastasiades and Turkish Cypriot leader Mustafa Akinci reached on May 21 a mutual understanding about the gradual reopening of crossing points. They agreed to initially allow passage at crossing points for motor vehicles, starting on June 8. The measure applies for enclaved Greek Cypriots or Maronites who reside permanently in the Turkish-occupied areas of Cyprus, as well as for Turkish Cypriots who work, study or are being treated in the free areas of the Republic of Cyprus. A certificate proving that the person who wants to cross is COVID-19 negative is mandatory.

Asked about this issue, Presidential Commissioner Photis Photiou told CNA that his office is preparing for tests to be conducted at least once on enclaved or those who resettled and want to cross.

The Republic will probably pay for the test, he added. He also said that his office receives daily a number of calls from people interested to cross, as many among the enclaved Greek Cypriots and Maronites have been affected by the closure of crossing points.

By In Cyprus
Previous articleAdditional relaxations in new Health Ministry decree
Next articleTwo more test positive to Covid-19, both through tracing