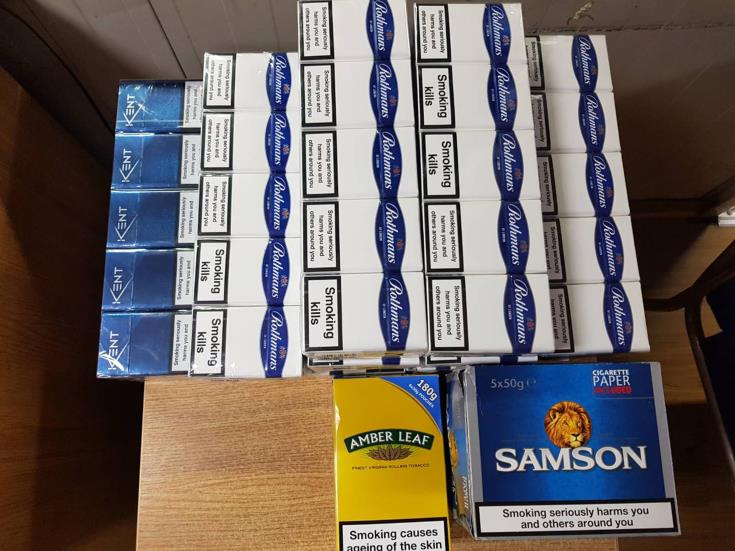 Six Britons were fined  €4,265 after they were caught with 7.5 kilos of  tobacco and 27 cartons of cigarettes as they were crossing the Ayis Dhometios checkpoint from the occupied areas on Saturday afternoon.

Customs said that during a routine search of vehicles at Ayios Dhometios checkpoint, customs officers stopped and searched two taxis with registration plates of the breakaway north.

They found in the luggage of the six Britons 7.5 kilos of tobacco and 27 cartons of cigarettes.

The Britons were arrested for illegal possession of tax free products, attempting to avoid customs duties and violation of the Green Line regulation.

The duty on the tobacco products is estimated at  €2,625. The tobacco was confiscated. Customs agreed to an out of court fine of  €4,265 which was paid and the Britons were released.