British teen ‘did not lie’ about rape claim, lawyers to ask AG to discontinue case 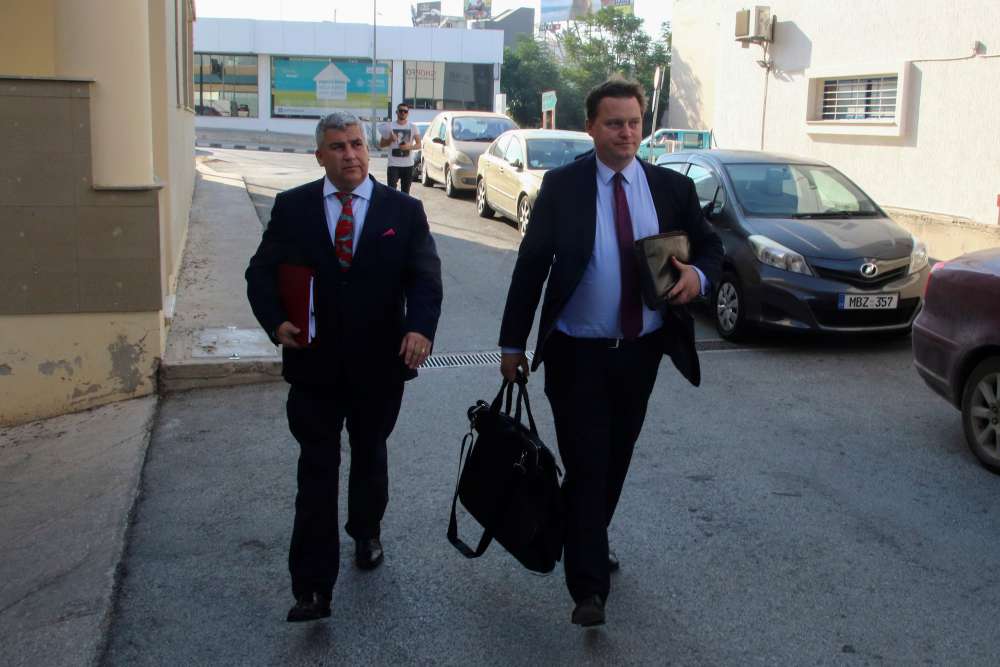 Lawyers representing a 19 year old British woman who denies making a false allegation that she had been gang raped by 12 Israelis said on Tuesday that they will be asking the attorney general to discontinue the case against her before the matter comes to trial.

The woman appeared before Famagusta District Court on Tuesday where she pleaded not guilty to a charge of public mischief and was released on bail until the trial gets underway on October 2.

The teen has been in police custody for one month ever since police said she had withdrawn her initial claim that she had been raped.

Her lawyers told the court that they intend to argue that the woman did not lie about being raped and that the retraction statement was taken under duress.

The Cyprus News Agency said that the teen, who was taken to Famagusta district court under police guard, had a smile on her face for the first time in many weeks as her father was also there.

There the prosecution read out the charge that between July 17 and 27 in Paralimni she had in full knowledge given a false statement to police that she had fallen victim to gang rape by 12 Israelis even though she knew this was not the case.

Asked whether she accepted the charge, she replied ‘no.’

Ritsa Pekri, one of her lawyers asked that counsel for defence be given all the evidence as they planned to challenge the authenticity of her client’s statement to police as they consider that it was given under duress.

Presiding judge Angeliki Karnou set the trial to start on October 2 and asked the prosecution whether the woman would remain in custody.

The prosecution said that it would agree to her being released on conditions.

The judge also referred to the history of the case and the fact that defence lawyers have written to the attorney general asking she be represented by a British lawyer.

The trial is expected to take a few months, she added.

The charge carries a maximum penalty of one year in jail and/or a fine of 1,708 euro.

The woman was released on bail having deposited 5,000 euro and a guarantee for 15,000 euro signed by a guarantors. She handed in her travel documents, her name has been placed on the stop list and she will report to Lycavitos police station in Nicosia three times a week.

After the hearing, one of the lawyers who represents Justice Abroad Michael Polak said that the organisation was assisting the young woman and her family.

He noted that at the hearing the teenager was represented by an expert legal team assembled by Justice Abroad comprising of Lewis Power QC, a top barrister from the English Bar of the senior rank of Queen’s Counsel, Cypriot lawyer Nicoletta Charalambidou, an experienced human rights advocate, and Ritsa Pekri, a criminal law expert.

At today’s hearing the teenager entered a not guilty plea and the matter will move towards trial, he said

“The teenager’s case is that she has not lied about being raped and that oppression was used by the Cypriot Police in order to get her to retract her rape allegations and that the purported retraction statement is unreliable,” he said.

According to Justice Abroad, pressure was placed upon her to retract her allegation in her eight hour ordeal at the Police Station.

The matter has now been set for a voire dire, a procedure which involves a trial within a trial to test the reliability of evidence upon which the prosecution seeks to rely.

“This will involve the Prosecution having to prove that the retraction statement was not obtained through oppression nor circumstances which were likely to have made it unreliable to the criminal standard, beyond reasonable doubt, and if they are unable to do so, that evidence being excluded from the trial,” he said.

The case will then proceed to trial whereby the Prosecution will be required to prove that the teenager lied about being raped, again to the standard of beyond reasonable doubt, he added.

The teenager’s defence team will be submitting to the Court that the evidence does not show this and to the contrary that the evidence, when considered alongside the behaviour of the Israeli youths both in Cyprus and upon their return to Israel at Ben Gurion Airport,  tends to show the opposite, Polak said.

The teenager’s legal team intend to make written submissions to the Attorney General of Cyprus to discontinue this case against the teenager after considering the facts as set out above before the matter comes to trial, he added.

“This remains a very important case to test the adherence of the Cypriot courts to the rights set out in the Constitution, the provisions in the European Convention, and the directly applicable European Union directives on justice issues. It is important that the Cypriot Attorney General gives strong considerations to discontinuing this matter against the teenager who is a rape complainant and has spent a significant period in prison on remand,” he said.

The family wishes to extend their deep gratefulness for those from the United Kingdom, Israel, and the rest of the world who have contributed to the Go Fund Me fundraising campaign to fund legal representation and assistance in what is a difficult time for them and in what they consider to be a very important fight for the teenager’s rights and her future, he added.