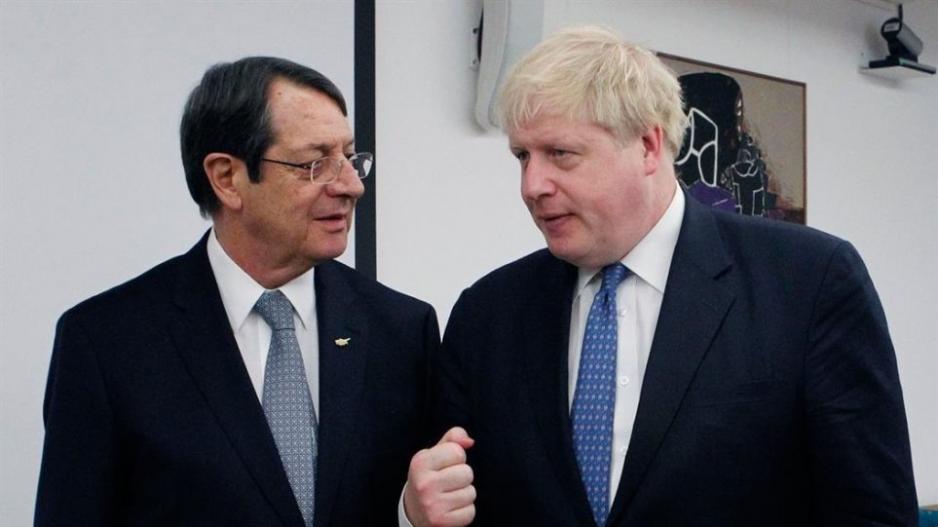 Prime Minister of the United Kingdom Boris Johnson has expressed his full support to Cyprus and disapproval of the Turkish actions during a phone conversation he had on Friday with President of the Republic Nicos Anastasiades.

In statements in Limassol, President Anastasiades said that the phone conversation with the British Prime Minister took place on his own initiative and “it was certainly not about Brexit”, as he clarified.

“It was mainly about Turkey`s illegal actions and what we seek to achieve at next Thursday`s European Council,” he added.

Anastasiades also said Johnson expressed his full support and disapproval of Turkey`s actions noting that they will have further consultations at the European Council.