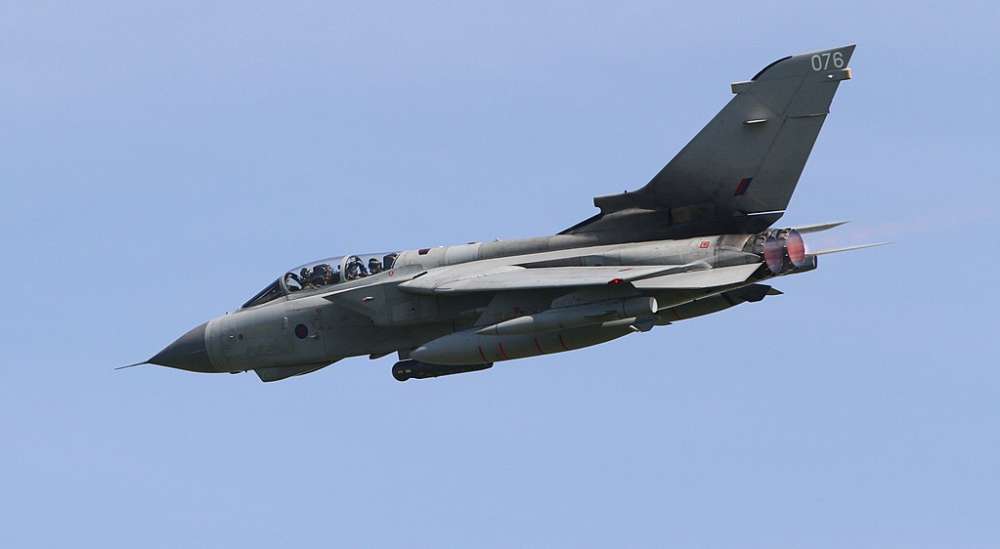 After four decades of service, RAF Tornado GR4s have returned to Britain from operations in the Middle East, as the aircraft is being retired by the RAF which seeks to move to more advanced and modern capability.

On Tuesday, the homecoming Tornados landed at RAF Marham in Norfolk, with personnel and their families watching on to celebrate the end of an era.

The end of an era! The iconic RAF Tornado has returned home for the last time ? ? https://t.co/dNQjB5pYZr pic.twitter.com/dsjjaVsWhz

“It is with a heavy heart, but enormous pride, that we bid farewell to the Tornado from operations. This truly is the end of an era, having played a vital role in keeping Britain and its allies safe for four decades,”’ Defence Secretary Gavin Williamson said.

The final air strikes by Tornado fighters were launched over Syria on January 31 as part of Operation Shader.

The UK Ministry of Defence said a pair of GR4s flew a patrol lasting more than six hours and returned to RAF Akrotiri at 1400 GMT.

We’ve waved goodbye to the Tornado GR4 for the last time.
The jet has flown its final sortie from RAF Akrotiri having carried out missions against Daesh since 2014. #903EAW @JustinReuterRAF #TornadoFarwell #ThankYouTonka pic.twitter.com/irzF2cyN1w

According to forces.net the Tornado was build by Britain, France and Italy and first entered service in 1979.

Its swept-wing design was considered cutting edge at the time and it was the first European jet to use fly-by-wire controls.

The Tornado first saw combat in the First Gulf War where it flew low-level bombing missions in Iraq. However, the RAF decided to switch to medium missions, after six were lost.

The rise of ISIS saw eight GR4s relocated to RAF Akrotiri where they flew daily missions over Iraq and Syria as part of Operation Shader.

That’s curtains for the @tornadohq GR4’s support to @DefenceOps as the iconic aircraft has flown its final sortie out of @RAFAkrotiri & returned home to @RAFMarhamMedia. The jets will join at Marham as the Station, @RoyalAirForce & UK bid farewell to this workhorse of the skies pic.twitter.com/13qm1uhR2o

By In Cyprus
Previous articleTsipras visits Hagia Sophia on trip to boost Turkey ties
Next articleLaunch of Hellas Sat 4 a new chapter in space history of Cyprus and Greece, Minister says (video)