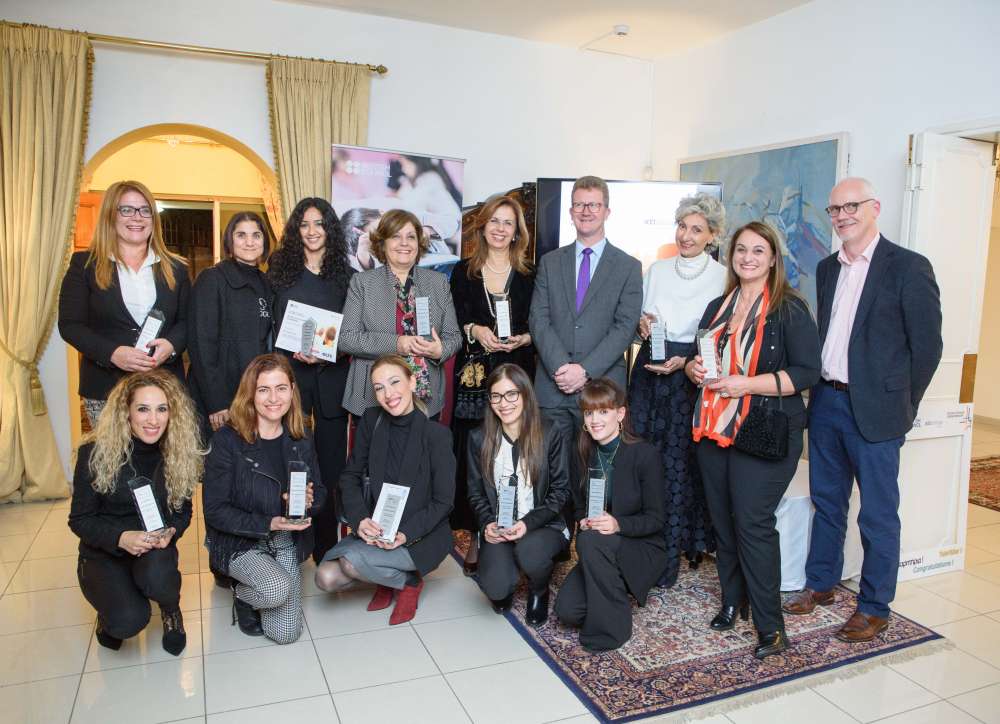 The British Council’s two exams loyalty schemes; the Addvantage Member Scheme for Cambridge English Qualifications and IELTS examinations and the Partner Schools Global Network (PSGN) for IGCSEs, GCSEs and A’levels, are designed to give to the schools and institutes working with the British Council, a package of benefits and enhanced services.

Discounts on exams, free and reduced priced online modules for teachers, online practice for students and presentation sessions to parents by British Council’s representatives, are only some of the benefits aiming to help students, teachers and schools perform to the best of their ability and benefit from everything the British Council has to offer from high quality resources for learning, teaching and assessing English to developing cultural relations with the UK.

During this year’s award ceremony, twenty schools and institutes were awarded, awards were given to schools and institutes with the highest number of candidates registered per level, as well as those that had the highest increase in students since 2017 and those moving up a level. Winners also received exam preparation books from Express Publishing Cyprus and computer antivirus software from Bionic Electronics.

The Addvantage scheme awards were the following:

The Partner Schools Global Network awards were the following:

To find out more about the loyalty schemes go to www.britishcouncil.com.cy/exam/schools-institutions/loyalty-schemes.

By In Cyprus
Previous article6 Reasons to Book a Trip to Limassol
Next articleNo thoughts of militarising Cyprus, Tsipras says in Moscow