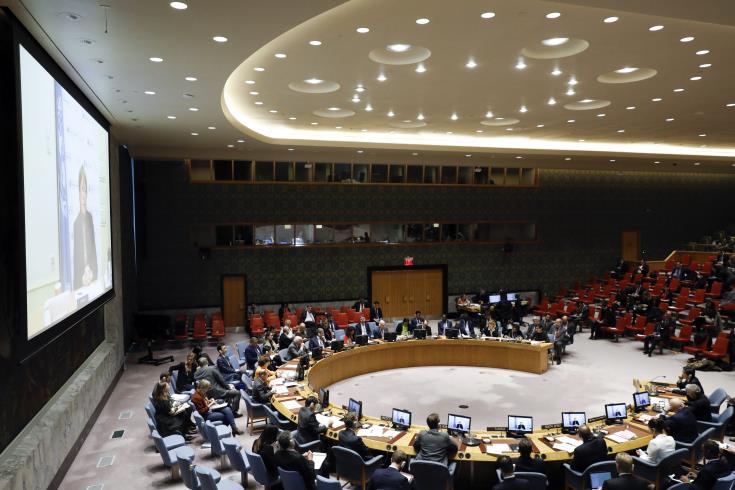 Pressure exerted on Britain by all other members of the UN Security Council forced London to accept amendments to the draft resolution on the UN Peacekeeping Force in Cyprus, UNFICYP.

This is expected to be put to vote later on Thursday, renewing its mandate for one more year.

Britain sent in the morning a new amended draft, which was put to silent procedure until 1 pm (8 pm Cyprus time), before taking its final form and being forwarded for adoption tomorrow.

The three references that the Republic of Cyprus succeeded to change, securing the support of the other members and mainly the USA, China, India and Ireland, are in three paragraphs.

In the 3rd paragraph that refers to the 5+1 meeting in Geneva, Britain wanted to add that the Council notes with regret that the two sides failed to reach sufficient common ground for the resumption of informal negotiations.

The new text removed the equalizing reference on two sides and reads that the UNSC notes with regret that “sufficient common ground could not be found at the meeting to allow for the resumption of formal negotiations at this time”.

The third amendment that was accepted concerns paragraph 7 on Varosha where the reference on the recent Presidential Statement is added and it is noted that the statement condemns the announcement on the 20th of July by Turkish and Turkish Cypriot leaders on Varosha and calls for the immediate reversal of this course of action.