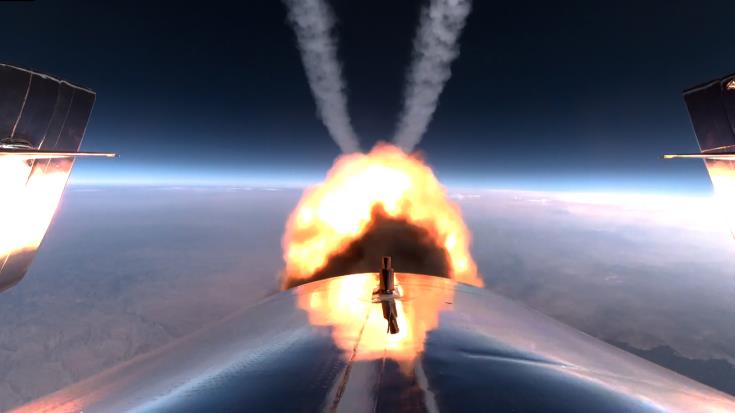 Danos, who in the 1990s was working with Branson, said that we are experiencing the beginning of privatization and commercialization of space and noted that space tourism could pave the way for  important steps to protect our planet.

“As we embark on this new journey and get a view our planet from above, without borders, with a fragile thin atmosphere this journey won`t be just a journey for exploration, entrepreneurship and tourism, it will also be a journey of introspection and appreciation of our planet and possibly the beginning of important steps to protect our planet,” he told CNA.

On Sunday UK billionaire Sir Richard Branson successfully reached the edge of space on board his Virgin Galactic rocket plane. He is the first to fly in the vehicle that his company has developed.

“It was a historic moment for space exploration and for space tourism. We experienced the beginning of privatization and commercialization of space. Just like when the air industry took the bold step of national airways giving way to the private airlines of today,” Danos said.

He added that “the first person to fly into space with their own spacecraft has become reality with Richard Branson, my former boss. It`s no longer necessary in order to become an astronaut to be selected by the national space agencies (like NASA, Roscosmos, ESA etc)”.

He recalled that back in the late `90s he used to help Richard Branson with his hot-air balloon races around the globe, adding that “I never ever thought that he would become the first pioneer into space”.

“He built up Virgin Enterprises from the ground up. I met him in the 90`s and founded one of his companies that became the first one-stop-shop for bringing businesses onto the world of internet commerce – a pioneering move for the internet. And then he takes an even bolder step in creating Virgin Galactic which made history” Danos said.

The President of CSEO said that he has been waiting for decades to enjoy this moment of space tourism becoming reality “and it`s the most sweet way for this to materialize with someone so close to me: my former boss. I am truly moved and super excited. The sky is no longer the limit”

Right after his successful flight Branson wrote on his twitter account “I was once a child with a dream looking up to the stars. Now I`m an adult in a spaceship looking down to our beautiful Earth. To the next generation of dreamers: if we can do this, just imagine what you can do”.