The book ‘’Giorgos Christodoulides: Selected Poems (1996-2021)’’ will be launched on June 22, in Nicosia, according to a press release by Armida Books.

The event will take place on Wednesday, 22 June, 7:00 pm, at Roes Multivenue, Archbishop Kyprianos Avenue 79A, 2059, old Strovolos. Poet and author Stephanos Stephanides and poet Gürgenç Korkmazel will speak of the book. It is noted that the speakers will read in English, with simultaneous projection of the Greek translation. Actor Spyros Stavrinides will recite poems in Greek, while Giorgos Christodoulides will make the closing remarks in Greek. Despina Pirketti will coordinate the event.

100 poems chosen from eight collections of poetry, as well as poems as yet unpublished, are rearranged for this edition across six categories that exemplify the poet’s preferred themes and emulate their poetic effect within a new, cross-language soundscape.

The selected poems span a total of 25 years, from 1996 to 2021, proposing a rearrangement of the Cypriot poet’s most vibrant verses into a composite picture of suspended barriers between people, beasts and landscapes. Imbued with a sense of constant becoming, the poems choreograph both life and death as movement beyond fixed meanings and frames in a way that sustains a sharp perspective of what is seen and felt in our world. 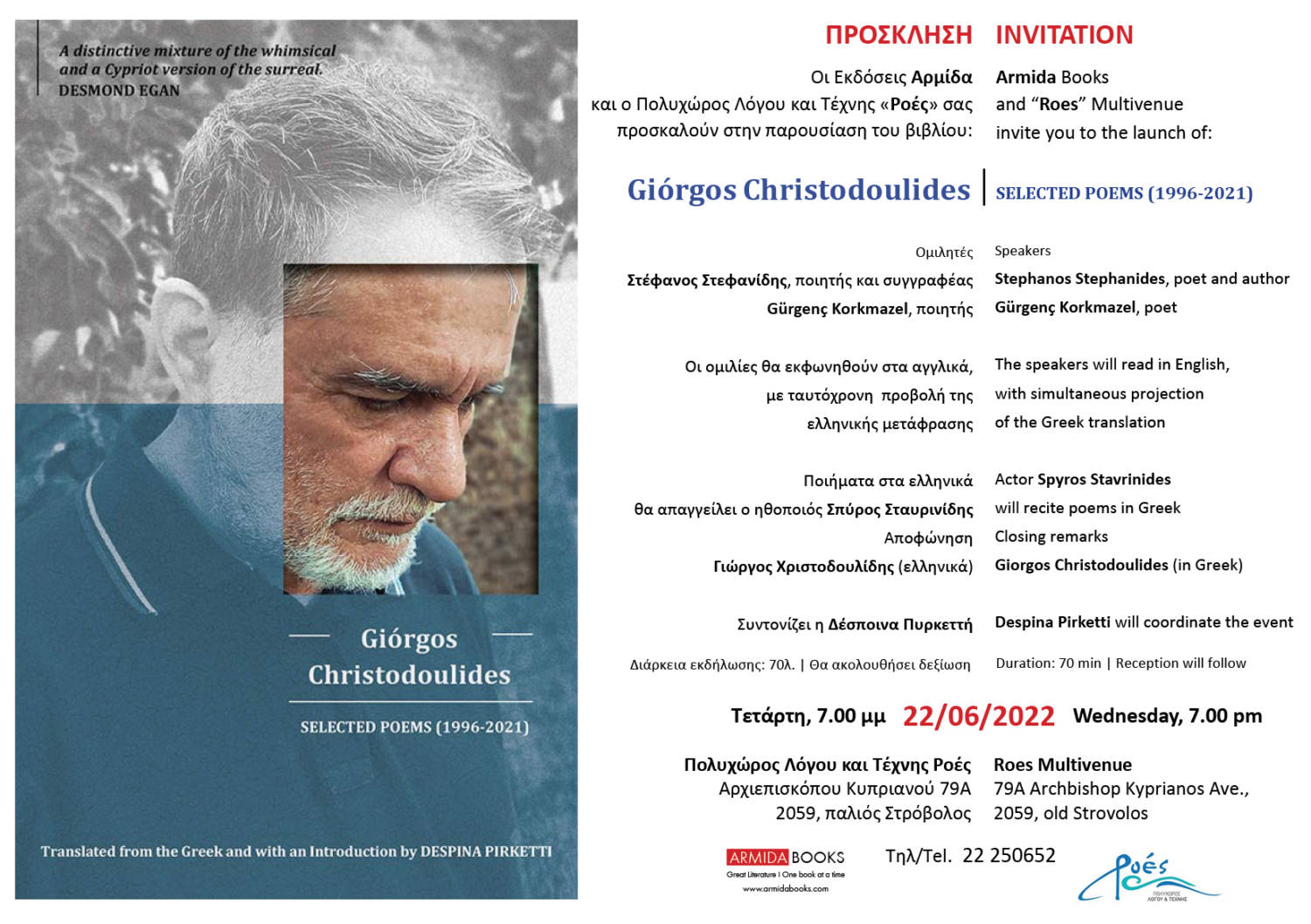