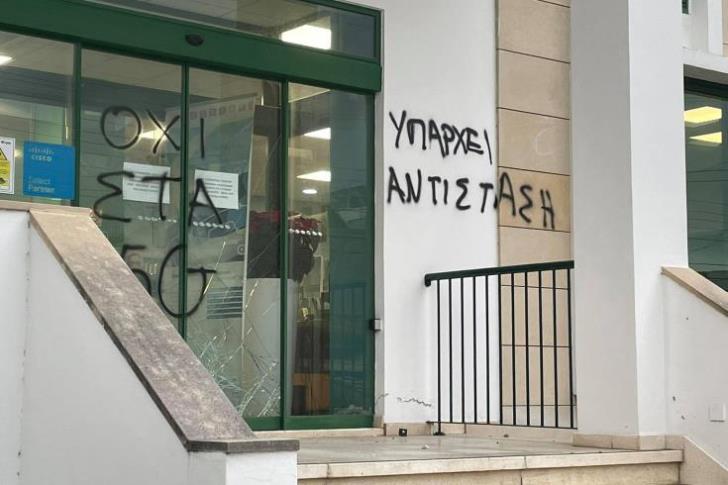 Police are investigating closed criminal networks regarding an explosive device that was placed at a branch of the Cyprus Telecommunications Authority in Agia Fyla, Limassol, Molotov cocktails thrown against a Hellenic Bank Branch, and at attempt against the Christmas Tree of the Municipality..

Limassol CID chief Lefteris Kyriakou said that the explosion occurred just before midnight. Immediately afterward two Molotov cocktails were thrown on the pavement in front of the branch, while an arson attempt of the Christmas Tree at Anexartisias Street followed.

Fortunately, the guard had a fire extinguisher and managed to put out the fire which only caused minor damage.

According to her testimony there were five culprits who had their faces covered.

By gavriella
Previous articleTeachers react to government’s subsidy scheme
Next articlePediatric department’s head: Situation regarding children and COVID-19 ‘under control’