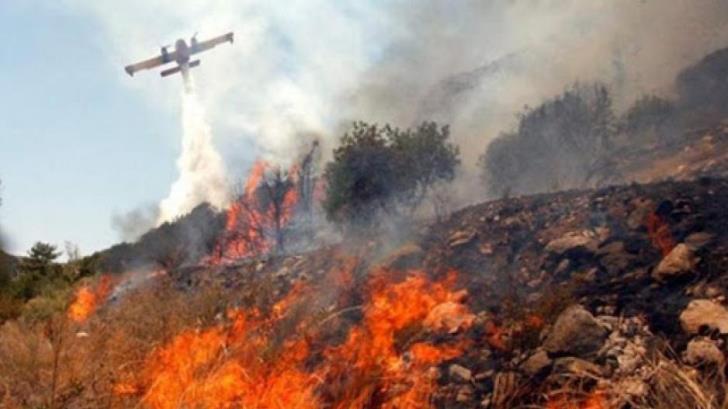 The Fire Service is mobilized due to a big fire that broke out at 10:00 near the community of Pachna in Limassol District. Specifically the fire is between the villages of Agios Amvrosios and Pachna.

According to the Fire Service, four manned fire engines from Limassol and one from the Forestry Department have rushed to the area and are trying to put the fire out.

Additionally, two rented helicopters of the Republic and two aircraft of the Forestry Department have joined the effort.

According to information, due to the fire, houses have been threatened, however, due to the timely intervention of the Fire Service, this has been avoided.

Due to the fact that the fire was uncontrolled more powers have rushed to the area and now the situation is clearly improved.

By gavriella
Previous article
Restaurants complain about reduction of turnover; measures to be taken
Next article
Super-lucky winner in Cyprus gets 7.3m euros