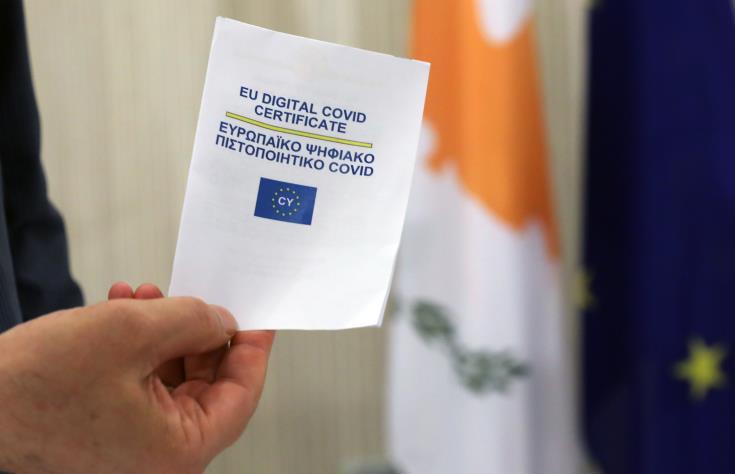 The Bicommunal Technical Committee on Health convened recently and discussed issues related to the EU digital covid certificate and how the Turkish Cypriots could issue it.

Greek Cypriot co chair of the Committee Leonidas Phylactou told the Cyprus News Agency that they explained the procedure to obtain the certificate and the fact that those interested should forward all the information available so that the necessary data are put in a portal. He said that many Turkish Cypriots have shown interest to get the certificate and hoped that the information is forwarded the soonest.

Phylactou also said that yesterday 40,000 doses of AZ vaccines, 10,000 Pfizer and 1,000 J&J were delivered to the Turkish Cypriot community via the Agios Dometios crosspoint.

As regards the movement at the crosspoints he explained that there is an automated procedure which is assessed every 14 days according to the epidemiological figures and based on that the measures for crossing are modified if needed.

The crossing points in Cyprus which closed because of the pandemic, reopened in June.

By gavriella
Previous articleScheduled municipal elections in Cyprus this year very likely to be postponed
Next articleWe stand by the Greek people in practice, Cyprus President says