BBC: The Cumbrian twins teaming up in Cyprus 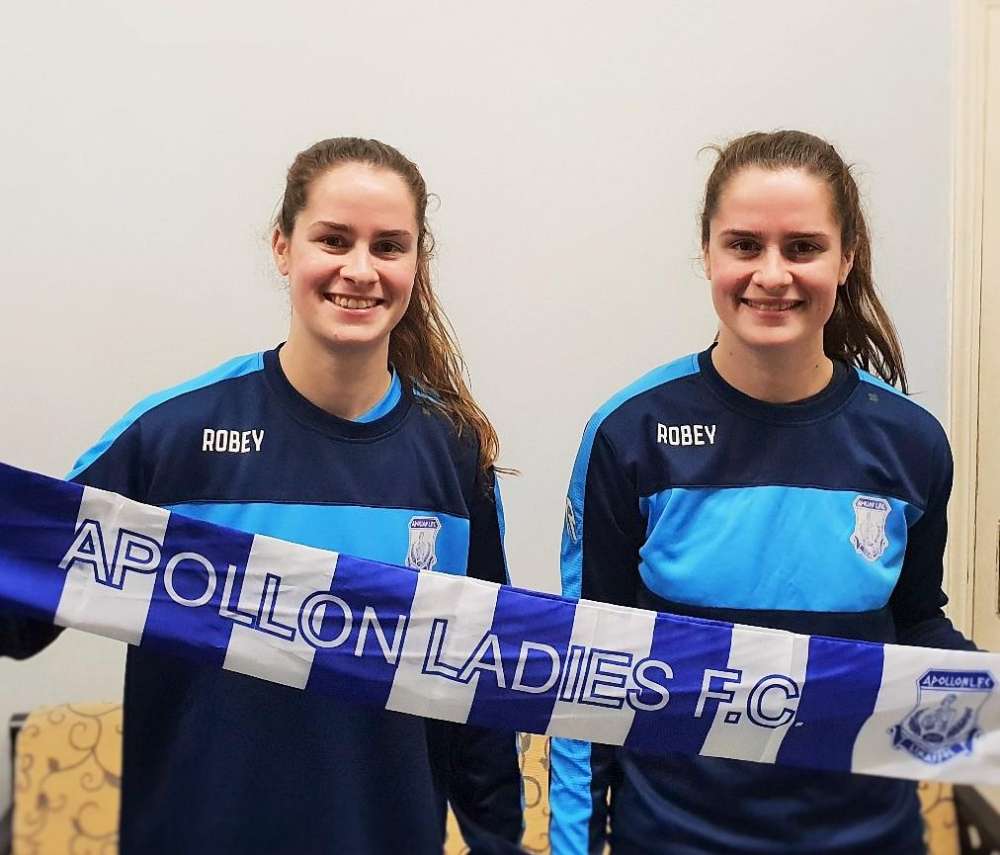 The BBC on Wednesday ran a story on Rio and Steffi Hardy, the identical twin sisters playing football for Apollon Ladies F.C.

Before transferring to Apollon, they played for Blackburn Rovers, as well as for clubs in the U.S. and Iceland.

Unlike other famous footballing siblings, the Cumbrian duo have always played for the same sides at the same time, the BBC writes.

“All it takes is just a look, and we know what each other are thinking on the pitch,” Steffi who plays in defence told the BBC. “On the pitch, if I don’t have a pass on, I know Rio’s going to be there, looking for space or looking for it to feet.”.

Steffi, who plays in defence, has definitely proven to be a good transfer move for Apollon, as the team are yet to concede a goal since her move to Cyprus in January.

Apollon Ladies is by far the most successful team in Cypriot women’s football, having won nine consecutive doubles. In 17 league matches this season, they have a staggering goal difference of +116.

Apollon operate on a level that can’t be matched by some of their lesser-funded league counterparts, but Steffi tells the BBC, that the club still find ways to push the players.

“During the week we’re playing against boys teams to get more match fitness and have a tougher challenge during the week,” she says.

Rio, who plays as a striker, netted on her debut for Apollon, continuing her record of scoring on her first appearance for every team she has represented.

“I got one for Blackburn back in the day, one in America and one in Iceland, one for England colleges and then one here as well,” Rio added.

But how did the sisters find themselves in Cyprus?

Rio says that their agent received an offer from Apollon. “They came out to Cyprus to double-check everything was going to be exactly as the club said it was, and making. We haven’t looked back since.

“The opportunity to play full-time football, every single day, is going to help us be the best players we can be, so we thought this is going to be a really good opportunity for us both.”

Cyprus has been at the spotlight of international women’s football since last Wednesday, due to the annual Cyprus Cup, which takes place on the island.

By In Cyprus
Previous article27 year old man dies after Dhekelia road accident
Next articleAnnual rate of inflation at 1.2% in February