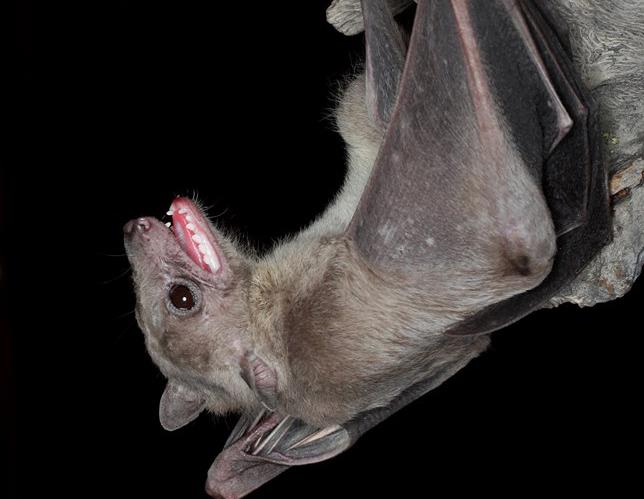 Few animals are as misunderstood as bats, the Agriculture Ministry said on Wednesday as it set out to clear a number of misconceptions about the flying mammal (Chiroptera).

Like foxes,  bats are presented in various myths as vicious animals that spread fear and death.  This bias may relate to the fact that bats are mysterious animals: because they fly at night and live in dark caves makes it difficult to study the species.

The fear and dislike of bats affect how we treat this particular animal, which is the only flying mammal on the planet, it said and then listed five well known myths which it proceeded to clear up.

Myth 1: Bats are dangerous to man, since they may attack him.

In fact, bats have a natural fear of humans and prefer to stay away from them. The widespread perception that they might get caught in our hair because they are blind is not true, since bats have eyes and good vision and use echolocation to avoid even the smallest obstacles.

Myth 2: Bats are carriers  of infectious diseases, which they can easily transmit as they feed on blood.

Bats are not carriers of infectious diseases nor do their droppings cause some kind of disease. On the contrary, these are a first-rate fertilisers. In Europe there are no bats that feed on blood. There are only three such species that live in South America and feed on the blood of large animals.

Myth 3: Bats, like rodents, cause damage to human constructions and property.

Bats have nothing to do with rodents. In fact, bats are closer genetically to humans instead of rodents. They don’t cut wires and do no damage with their teeth to human constructions and property.

Myth 4: Bats have no benefit for the environment.

On the contrary, bats play a key role in maintaining the balance of many ecosystems around the world. An insect-eating bat can consume up to 3000 insects in one night, contributing to the biological control of harmful insects.  Fruit eating bats mainly feed on over-ripe fruit that are unsuitable for human consumption, as well as flower nectar, contributing to plant pollination, spreading seeds and the control of harmful insects that infest over-ripe fruit.

Myth 5: Bats are not at risk because they are everywhere and in large numbers.

The truth is that bats are at risk worldwide and that is why all European species of bat are protected, both by European directives and conventions and by national laws. In Cyprus, 19 species of bat have been recorded, which are protected. The 18 species are insectivorous, while one species feeds on fruit.

By In Cyprus
Previous articleUpdated: Lania fire partly contained
Next articlePolice urge public to be careful with transactions in foreign currency