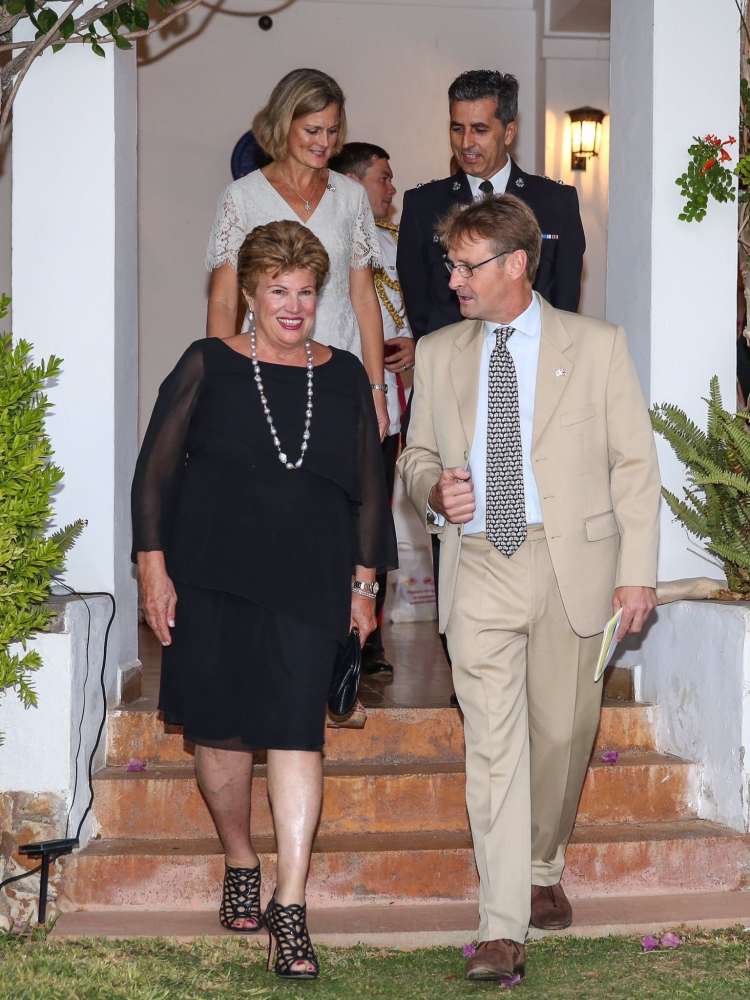 As Commander British Forces Cyprus and the Sovereign Base Areas Administrator, Major General James Illingworth prepares to handover his role and leave the island next week, he has paid a heartfelt tribute to all those that have made his two-and-a-half-year tenure so rewarding.

CBF, who has overseen a busy period for all those based in Cyprus, has seen the organisation adapt and prosper in a challenging environment but during his final few days he was keen to leave members of the community in no doubt about how important they have been in supporting that change.

He said: “Whether they be military, families, civil servants – teachers, Defence Infrastructure Organisation, from the Home Office or Government legal departments – everyone has a role here, and they all come together to make this organisation function as well as it does.”

Outside of the those posted to Cyprus, CBF went to great lengths to highlight the ‘outstanding’ work of the Locally Employed Civilians, who he said provide continuity and underpin much of the work being undertaken within the Bases.

He continued: “One of the greatest contributors to what we do here and why I have had such a wonderful time, are the LECs, our wonderful Greek and Turkish Cypriot employees, some of whom occupy the most important jobs; we rely on them a great deal.

“We have some who have been working here for more than 40 years, which is a remarkable commitment; but we rely on every LEC, be they directly employed, those working in the shops, or those working as our contractors. These relationships have left an indelible memory.”

The importance Maj Gen Illingworth has placed on the relationship between the Bases and its Cypriot employees, also exists at Governmental level, with CBF hoping new ‘friendships’ formed will become ‘institutionalised’ between his successors.

He explained: “I have placed an enormous amount of importance on our bi-lateral relationship with the Republic of Cyprus, with Government, municipal and community leaders, not least to understand our neighbours and friends better than we have done previously, but also to ensure we can rely on each other’s support when times get tough.

“The best example of this is with our Emergency Services. We support fire-fighting efforts in the RoC and provide emergency support when it is needed, and this of course works both ways. The police force works extremely closely with CyPol, combating crime, as well as at the community level with numerous charity events.

“We have great relationships at Government level, all the way down to the municipal and local community levels and that must continue.”

And finally, looking back at his time on island, CBF revealed this was one of the most rewarding, challenging, and enjoyable positions he has held within the British military.

“There are an abundance of reflections, too many to mention,” he said. “But I go away after two and a half amazing years remembering one of the most enjoyable and certainly one of the most taxing jobs because of the unique nature of the post.

“It’s the combination of being the Administrator and the CBF that takes me from the grand strategic, with everything to do with politics and activities in the Eastern Med’ on the island of Cyprus, to dealing with soldiers and their families issues at the very front of the coal face.

“The role of Administrator and CBF has been unique and the incredible cross-section of people we have working here has certainly left a mark on me, one I will never forget.”