Back to school for 109,000 pupils amid Covid uncertainty 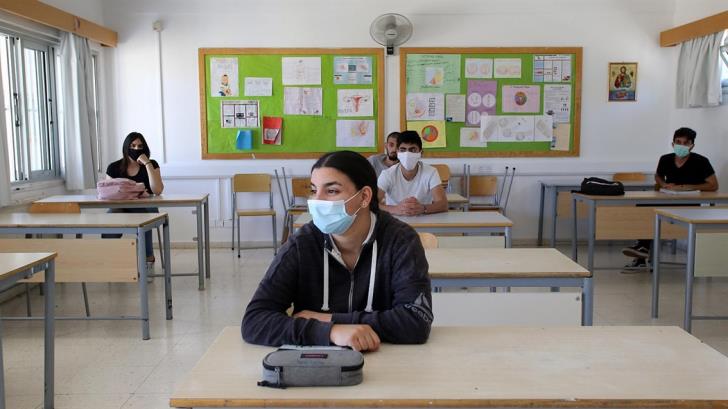 More than 109,000 children in Cyprus are due back in school tomorrow for the start of an unprecedented school year as the world still battles to curb the spread of Covid-19, Phileleftheros reports.

The Education Ministry last week had announced at the last minute that the start of the new school year for public schools would be pushed back by a week due to the heat wave and humidity.

According to Education Ministry data, the pupils starting school tomorrow are:

Teachers have been back in school units since September 1 in preparation, whose duties now also include making arrangements for adherence to Covid-19 protocols.

Recent weeks have been marked by criticism for the Education Ministry’s preparation ahead of the start of the school year, namely in relation to the lack of suitable classroom furniture to allow for proper social distancing between pupils, an issue the Education Ministry has said is in the process of resolving.

Another issue debated in recent days is the number of pupils allocated per class, which in some cases goes up to 25 children, according to Phileleftheros, which makes it hard for teachers and schools’ managements to arrange desks in a way that permits a 1m distance between pupils.

On the front of the obligatory use of face masks by teachers throughout the class, teachers unions are at loggerheads with the Education Ministry and have recommended that the mask is taken off during class when the teacher is at a safe distance from pupils. This issue has also been linked to the heat and the absence of air conditioning in schools, which insiders say will make days much harder for both teachers and pupils combined with the obligatory use of masks.

Addressing concerns, Education Minister Prodromos Prodromou has said that “the important thing for the Ministry was to ensure that all children go back to school by finding solutions. This requires patience. The circumstances are not easy, I understand the problems, the difficulty people will have in using the mask, but safeguarding health is above all and we will be judged this year, as in the year before, on the extent to which we adhere to measures.”

As regards remote learning, the Education Ministry has submitted a bill to the House, which is currently being discussed by the Standing Committee on Education.

On the private schools front, head of the Private Schools Association George Kretikos told Phileleftheros that they opened a week ago on schedule.

Most private schools reopened on September 7 and the rest on September 8 adhering to the same health protocols that are in effect for public schools.

Kretikos said that private school teachers are troubled by similar issues as their public school peers, namely the obligatory use of masks by teachers in class and by pupils with particular health issues or chronic respiratory problems.

It is noted that around 20% of Cyprus’s pupil population attends private schools.