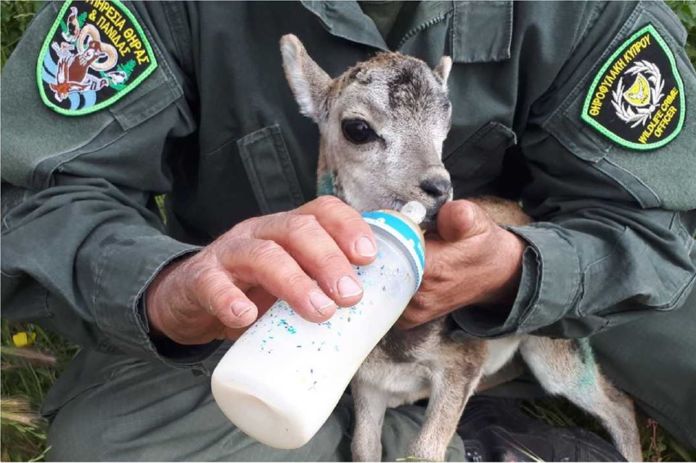 The Game Service has rescued a newborn mouflon (pictured) found injured on March 20 in the Paphos forest near the Pomos community.

In an announcement shared on facebook, the Service said that the young mouflon was taken to the rehabilitation centre for wildlife of the Game Service when it was spotted severely injured on the hip on March 20 when only a few days old.

After receiving the care of the centre’s staff, the mouflon’s health has now significantly improved.

It will be fed with sheep’s milk until weaning and is receiving appropriate medical care by the centre’s staff with the ultimate aim of releasing it back into its natural habitat.

“Although our service does not normally name the animals it cares for, however due to the challenging times we are experiencing we have decided to name it HOPE,” the announcement concluded.