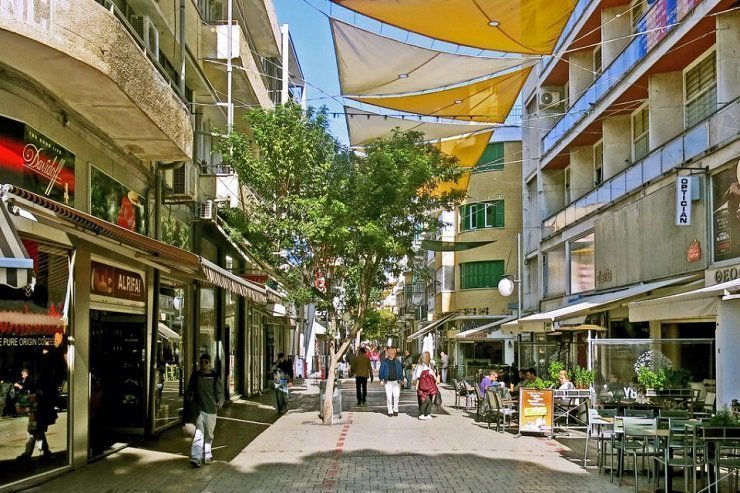 EDJNET analysed temperatures in 558 European cities over the last 117 years, and found that Nicosia had the 110th smallest increase in average temperature among them.

More hot days over a year can lead to a decrease of cognitive abilities of students, according to researchers quoted in the investigation.

In Nicosia, the number of school days above 22°C went from 49.1 per school year in the 20th century to 58.2 since 2000. “It might not seem much but if exams took place on these days, pupils of Nicosia were at a disadvantage,” the investigation says.

It is noted that the data did not take into account micro-climates or “heat island” effects, so that the actual weather in the streets of Nicosia was probably one or two degrees warmer than the values reported, however the increase trend was the same.

The results for Nicosia also hold for Kyrenia nearby as the two cities were analysed together.

The highest temperature increase was observed in Kiruna, Sweden where the average temperature was 3.4°C higher in the 21s​t​ century (up to December 31,​ 2017) compared to the 20t​h​ century yearly average.

The European city that warmed least in the 21st century is Ponta Delgada in Portugal (+0.1°C).

You can browse all available city reports here.

Higher temperatures lead to excess mortality. The heatwave of July and August 2003, for instance, killed over 52,000 people in Europe, according to the Earth Policy Institute (Larsen, 2006), a think-tank. The elderly and infants are most at risk.

Rising temperatures may also cause the number of deaths related to extremely cold weather to drop.

In high temperatures, asphalt exposed to the sun starts to soften. This causes delays and some roads have to be closed to traffic.

When temperatures rise above 30°C, rails exposed to the sun can move or buckle. This can cause trains to derail, as happened many times in Europe already, and forces them to run more slowly, causing major delays.

Tick-borne encephalitis, and more recently ehrlichiosis have been spreading in the past decades, probably due to higher temperatures (Gray et al., 2009).

Dengue fever, carried by the Aedes aegypti and Aedes albopictus mosquitoes, has been creeping North in the last decade, with epidemics in Portugal in 2012 and Japan in 2014 (Zeller et al., 2013). The Mediterranean basin is most at risk.