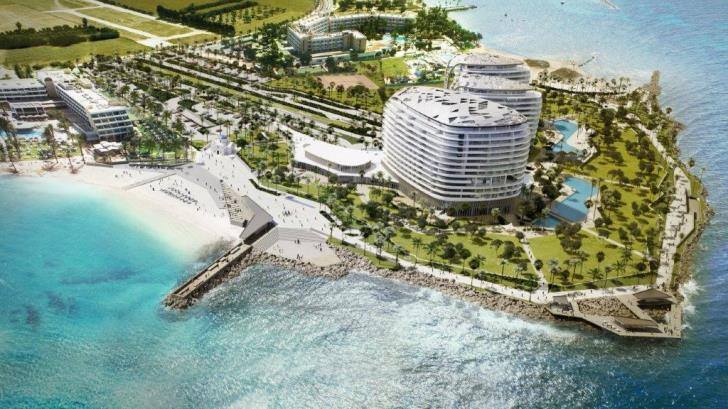 The Town Planning Department has given the green light to ATUM Developments to begin construction in Geroskipou, the Cyprus News Agency said on Tuesday.

The permit is for two 12 storey towers with 122 apartments that is part of its Peninsula Resort project. They will be built on the eastern part of  land belonging to the archbishopric where the Antiquities Department recently carried out extensive exploratory digs before giving its consent.

The Peninsula Resort project also provides for a 5 star hotel for which the company has applied for a town planning permit. The Peninsula Resort is part of the ambitious Eden City Cyprus where negotiations are still underway between the investor and state.

The archaeological remains within the plot of land will be protected while the Antiquities Department is expected to continue its excavations on the western part of the plot of land where the company plans to build the hotel.

These excavations have been carried out with the financial support of the company and the company said that it intended to implement the same policy for the western part of the plot.