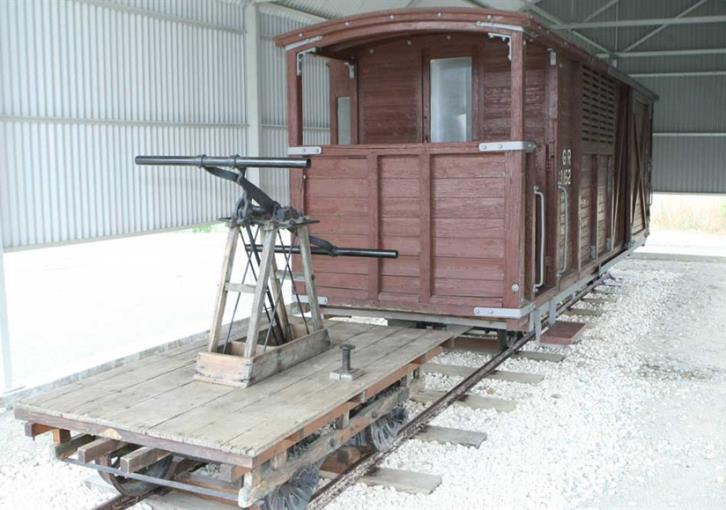 Troodos mountain communities are attempting to revive the old Skouriottisa-Evrychou railway, as a tourist attraction and for the transportation of locals, Evrychou community leader Xenofon Xenofontos, told in-cyprus.

The idea which started from the community of Evrychou has received the “green light from the government” and is already in the first phase of the process, Xenofontos said.

The train line will start from Evrychou central station (where the Cyprus railway museum is located) and will stop at the villages of Katydata, Korakou, Flasou and Linou.

The project was suggested as part of a strategic master plan to rejuvenate Troodos mountain communities.

Currently, a study is being carried out the project by scientists from the Polytechnic School of the University of Thessaly.

The study will show the overall cost of the construction.

Xenofontos said that he “doesn’t see any serious problems that could prevent the construction of the railway” as tracks and some facilities already exist, remnants of the old railway, and the land that will be used belongs to the state.

The wagons and the engine will be donated by the Hellenic Railways Organisation.

“Whether the project will be carried out depends on the final cost,” Xenofontos said, “however we are optimistic and we have received very positive feedback from the government which believes that the railway will attract tourism and investment to the area.”

The research phase is expected to be completed in three months, according to Xenofontos.

If the project is deemed as sustainable the communities will contact relevant European authorities and the state to discuss funding.

“The government reacted very positively to the idea since it believes that the railway will attract tourism and development to the region,” Xenofontos said.

The Cyprus Government Railway used to operate  from October 1905 to December 1951. It had a total length of 122 km and 39 stations, stops and halts. It was closed down due to financial reasons. An extension of the railway which was built to serve the Cyprus Mines Corporation in Skouriotissa operated until 1974.