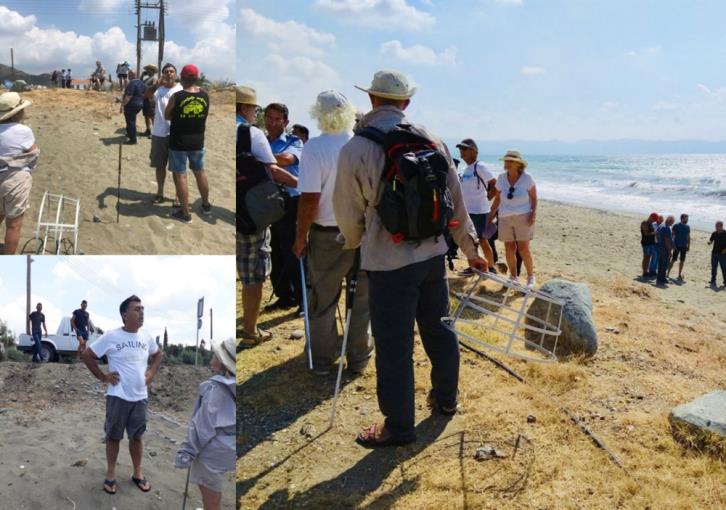 There were astonishing scenes on a Polis Chrysochous  beach yesterday when the community leader and residents of Argakas attempted to prevent a team from the turtle protection programme from doing their work, Phileleftheros reports.

It said the incident took place before the eyes of  foreign experts who are in Cyprus to observe an educational programme on turtle protection being implemented here in cooperation with the Council of Europe. 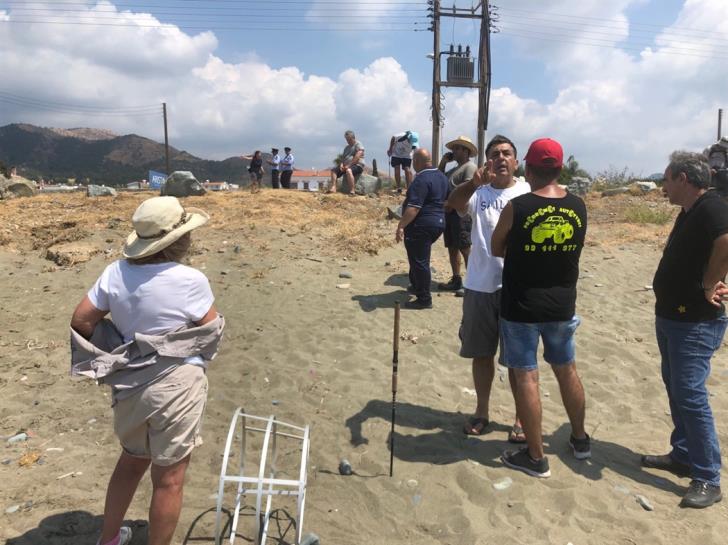 According to the newspaper, the incident took place at beach near the Santa Barbara kiosk, within the Natura 2000 and the Yialia special conservation zones which include the main nesting beaches for the loggerhead and green turtle in Chrysochous Bay.

It said that the team had gone to the beach  but received a call from the community leader of Argakas telling them that they did not have the permission of the local authority and should leave.

The team ignored the call and went about their work, placing predator exclusion cages over turtle nests, in line with the agreement with the Fisheries Department.

Soon after, the community leader arrived on the beach and tried to stop them. At some point, he stood over one nest and would not allow the placing of the cage claiming that there were no turtle eggs there, Phileleftheros said. 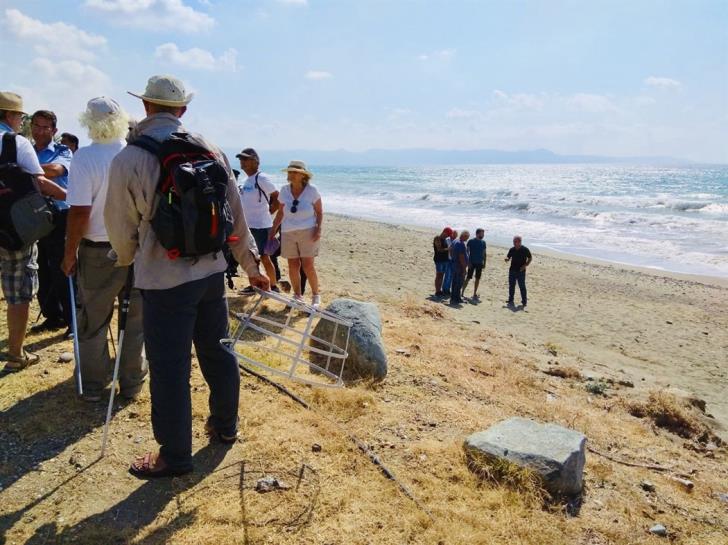 The police were called in and so as to prevent an escalation of the incident, asked the team to leave the area, Phileleftheros said.

Police spokesman Christos Andreou told the newspaper that there had been a ‘small altercation’ between the team, which had all the required permits to be in the area, and the community leader and residents of the area.

He said that statements have been taken as police investigate a case of impeding the work of the programme for the protection of sea turtles.

Disy leader Averoff Neophytou on Friday issued a written statement saying that the incident does little for the reputation of the area and of Cyprus more generally.

He said the nesting of the Caretta caretta and the Chelonia mydas were a ‘blessing’ and  it was a big advantage that it occurred in those areas of Paphos.

Andreas Demetropoulos and Myroulla Hadjichristoforou who have been successfully implementing Cyprus’ turtle protection programme for years  — a programme which honours and promotes our country internationally — should be supported by all of us and by residents of the area, he added.

Nor should  turtles  be treated as enemies of the interests of the residents of the area, he said.

Any development in the area should be within the law and regulations, and with complete respect for the environment, he added.

According to the Fisheries Department, in the Mediterranean region, green turtles nest almost exclusively in Cyprus and Turkey. The Caretta caretta also nests in Greece and in other Mediterranean countries in smaller numbers.