Art professor facing dismissal due to reaction against his work 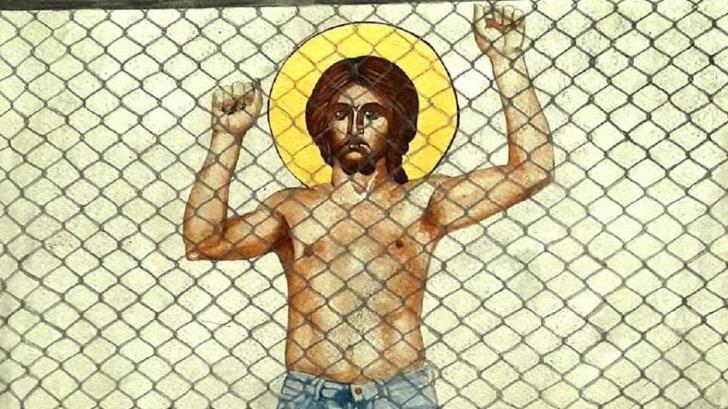 Art professor George Gabriel is asked to appear before the Educational Service Committee on 6 October, due to his work that have caused various reactions. He is facing possibly even dismissal.

According to the letter the professor received, he is facing five charges including the fact that he has been publishing on his private website and the daily press his paintings and work, which as reported, insult state and religious institutions.

As noted in the letter, the professor can bring witnesses and proof in his favor while if does not appear the committee can request that he be brought to justice or proceed with the hearing of the case without his presence. If he is convinced it means he might be dismissed.

The Ecologists described the whole case unacceptable since the professor has the right to freedom of speech and expression in any form and the professor cannot be persecuted for his artistic views, since he did not do the paintings at the time he was teaching.

The issue was also discussed at the European Parliament and it was decided to send a letter with criticism to the Education Minister.

By gavriella
Previous article12-year-old missing. Have you seen him? (PHOTO)
Next articleInfants obviously affected by the pandemic