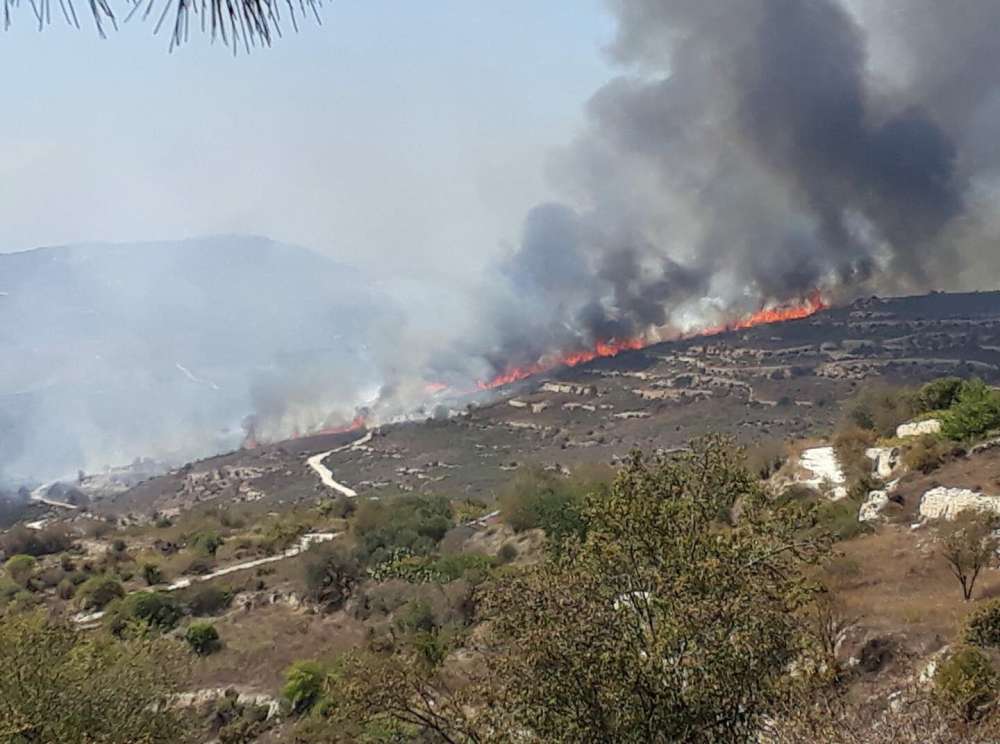 A fire which raged for several hours near Arsos in the Limssol district has been contained after burning 2 square kilometres of dry grass and wild vegetation and damaging vineyards and trees.

Fire fighters will remain in the area overnight to prevent a flare up.

Investigations into the causes of the fire are continuing. Police and the fire service have not ruled out the possibility it may have been intentional.

The fire broke out in difficult terrain with a large number of fire fighters from Limassol and Paphos, including off duty officers called in.

The Forestry Department also sent in a large number of forest wardens, while significant help was given from the district office, the Game Fund, Civil Defence and community councils.

The role of fire fighting aircraft was critical because the difficult terrain made access for fire fighters difficult.

By In Cyprus
Previous article
Turkey will resist U.S. sanctions over pastor, Erdogan says
Next article
German tourist dies in sea off Peyia