Armenians in Cyprus protest, call on Moscow to exert pressure on Azerbaijan 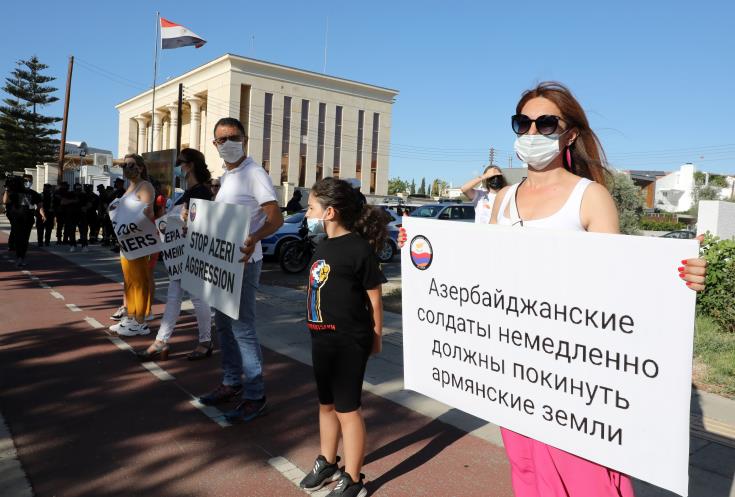 Armenians living in Cyprus have protested outside the Russian Embassy in Nicosia calling on Moscow to continue exerting pressure on Azerbaijan to terminate hostilities and release prisoners of war.

Head of the Armenian National Committee of Cyprus Hagop Kazandjian also told CNA late on Wednesday that they want the Russian government to take action since prisoners of war is  a purely humanitarian issue. And that there is no room for blackmail or petty political tactics.

A petition also said that they demonstrated against the ongoing threats and intervention of Azerbaijan in the sovereign rights of Armenia as well.

Armenians all over the world feel that Russia`s role as a strategic partner and guarantor of Armenia`s sovereign rights is being challenged, the petition added.

“We urge you to continue to exert pressure on Turkey and Azerbaijan, the expansionist goals of which are being extended from the Aegean Sea, the Eastern Mediterranean and the Middle East to Caucasus,” it also said.