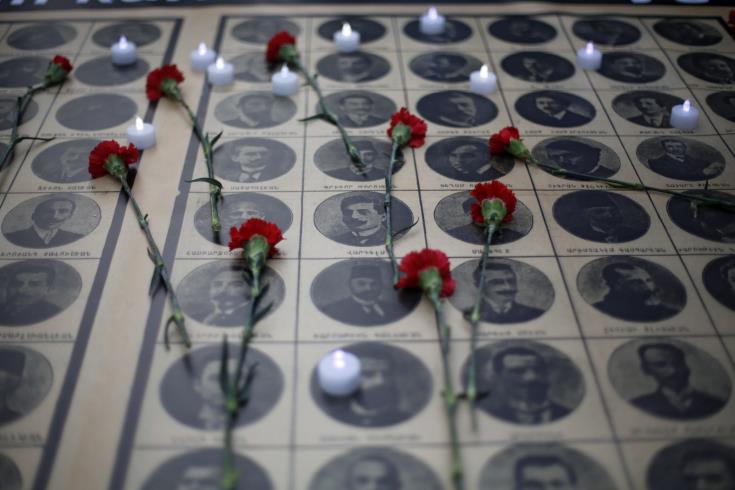 The Armenian community in Cyprus honoured the victims of the Armenian Genocide on the occasion of the 105th remembrance day of the Genocide.

Vartkes Mahdessian, the Representative of the Armenian community in the Cyprus House of Representatives, told the CNA that because of the measures against the Covid 19 spread, events have been cancelled.

To this day Turkey denies that the crimes, carried out in the region by the Ottomans, constitute a genocide. Cyprus was the first countries in Europe to officially recognise the mass murders in 1975, while 31 more countries have recognised the crimes as such since then.

Approximately 4,000 Armenians live in Cyprus. Most of them fled to the island in the early 1920s.