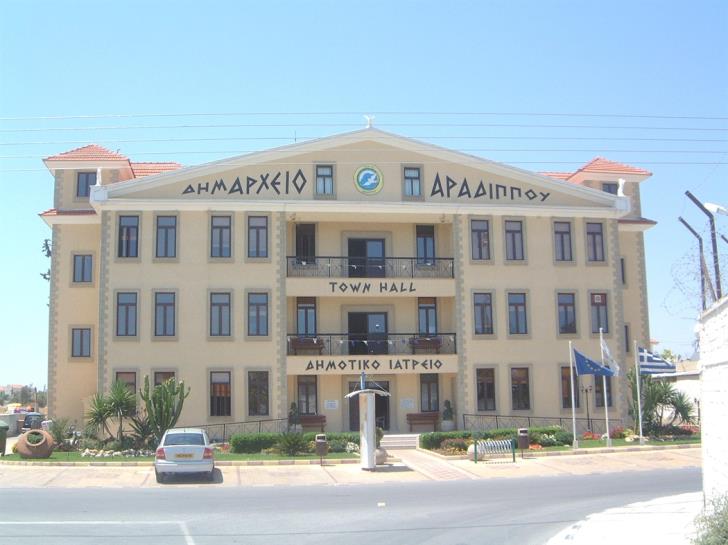 Aradippou Municipality is asking for the immediate relocation of tons of gunpowder stored in a building in the heart of the community and intended for the manufacture of ammunition.

Speaking to the Cyprus News Agency, Mayor Evangelos Evangelou described the building as a ‘second Mari’ a reference to the 2011 munitions explosions at the naval base which killed 13 people and knocked out the Vasiliko electricity station.

The municipality had been informed in November that the specific building — located in Larnaca’s industrial zone — had been included as an industrial establishment covered by the EU’s Seveso directive.

The Directive applies to more than 12000 industrial establishments in the European Union where dangerous substances are used or stored in large quantities, mainly in the chemical and petrochemical industry, as well as in fuel wholesale and storage (incl. LPG and LNG) sectors.

The specific building is in an industrial zone ‘island’ which belongs to Larnaca Municipality but is within Aradippou Municipality’s zones.

The building constitutes an immediate danger for the health and safety of residents in the area since it affects 1250 premises, including commercial buildings, houses, apartment blocks, nursery schools and old peoples homes. The land area affected covers 2291 donums worth 1 billion euro, he said adding that the proximity of gunpowder storage facility was holding back further growth.

The specific building obtained a planning permit with deviation for the local plan for Larnaca following a decision of the Council of Ministers in 2016 and without consulting Aradippou Municipality,

Evangelides said he had discussed the issue with Labour Minister Zeta Emilianidou last Friday and she had acknowledged the dangers. She has asked for further information from government bodies so that a meeting can be held with the Interior and Agriculture Ministries as well as the municipality to resolve the problem, he added.

The mayor said that the building had all the required permits but clarified that the application and permission was for 34 tons of gunpowder, whereas according to his own information there was 50 tons in storage.

Evangelides said the owner of the building was also trying to move the gunpowder which was a positive development, adding that the factory can continue to operate once it has moved its warehouse elsewhere.

“The municipality is asking that the planning and building permit are revoked so that it can cease operations which should be transferred to a category A industrial zone. The Labour Minister said she would do everything so that the gunpowder is moved from the area and taken somewhere else with safety,” he added.

By In Cyprus
Previous articleWhere can Cypriots abroad vote for the EU elections?
Next articleDrone footage of the constuction for Limassol Arena (videos)