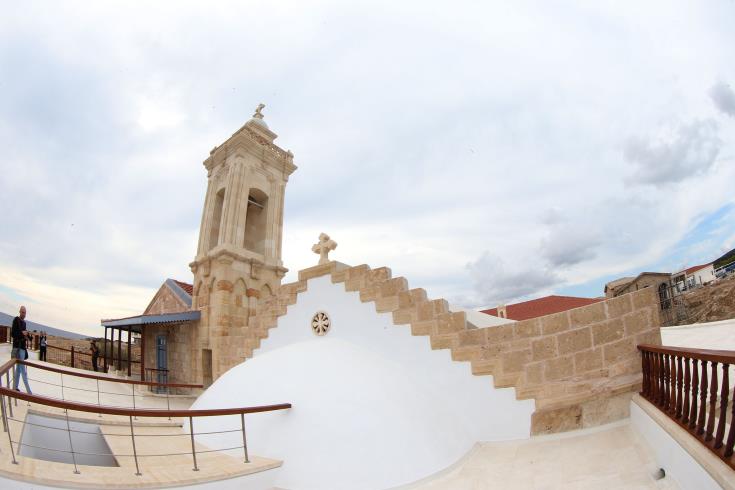 The bicommunal Technical Committee on Cultural Heritage issued a call for tenders to proceed with the next phase in the restoration of Apostolos Andreas Monastery, in the occupied northeastern tip of Cyprus, and continues to plan projects despite practical problems due to Covid-19 pandemic.

As restrictive measures entered into force, in March and April, activity at construction sites ceased and many projects could not be completed. During this time, the Technical Committee continued planning its activities, while preparing documents and tenders for a series of projects that are being implemented with UNDP.

In particular, Hadjidemetriou said that they issued a call for tenders for the second and third stage of the Apostolos Andreas Monastery restoration, in the Turkish-occupied Karpas peninsula. Works will focus on the monastery’s medieval chapel, supporting the nearby building and taking care of the surrounding area.

At the same time, the Technical Committee put forward designs for the restoration of 8 churches, 8 mosques and 7 fountains, mostly from the Ottoman era, and issued a call for tenders to take care of the surrounding areas of two cemeteries.

The Technical Committee and UNDP are in contact with the EU to promote these projects, Hadjidemetriou added.

He also said that they anticipate the lifting of restrictions in construction sites, to continue with projects that remain unfinished.

The pandemic affected works at the Sourp Magar Armenian Monastery, the churches of St. George and St. James in the Nicosia buffer zone, the fence of Panagia church in Ashia to prevent the area from flooding and the completion of restoration works at the St. Sergius and Bacchus church.

While many projects ceased, others are expected to start, such as the Panagia Kanakaria church, also in the Karpas peninsula, the Greek Cypriot Head of the Technical Committee noted.

Hadjidemetriou said finally that they scheduled on Wednesday a video conference with 40 Greek Cypriot and Turkish Cypriot Heritage Youth Ambassadors, young people volunteering for the preservation and promotion of cultural heritage sites in Cyprus.