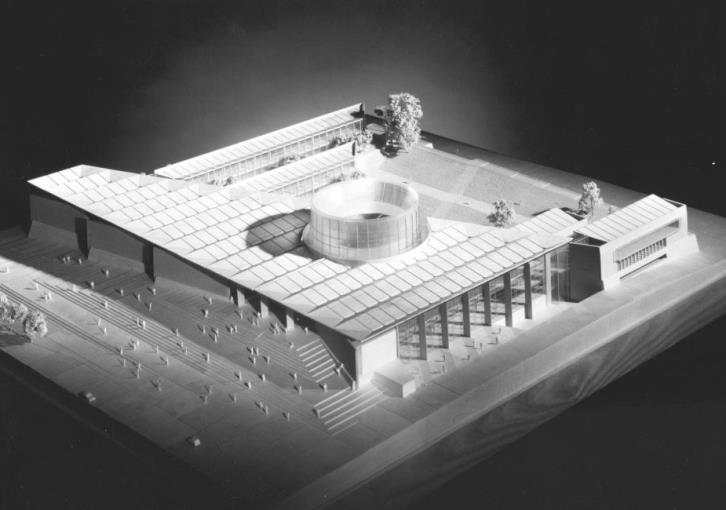 The head of Antiquities Department Marina Ieronymidou has accused the Department of Public Works (DPW) of ignoring its notes on the safety of the archaeological site found in the land plot that the latter is planning to build the new Parliament in, Phileleftheros reports.

In her letter dated January 23, 2020, Ieronymidou slams DPW for failing to consult with her department on a variety of actions concerning the proposed project, including the relaunching of the procurement procedure following the cancellation of the first one.

The tendering process for the construction of a new parliament building was originally launched in March 2018, but was called off in July 2019 after the tenders committee at the Ministry of Transport decided that the two offers submitted were too costly. The offers submitted were by Cyfield Development Public Ltd for €119,777,000 and Terna Οverseas Ltd for €111,500,475, but the DPW was aiming for offers around €82 million.

Phileleftheros had reported the launching of DPW’s new tendering process last month on January 23 — the same date as Ieronymidou’s letter — saying that the new competition valued the project at €95 million + VAT and published a floor plan. 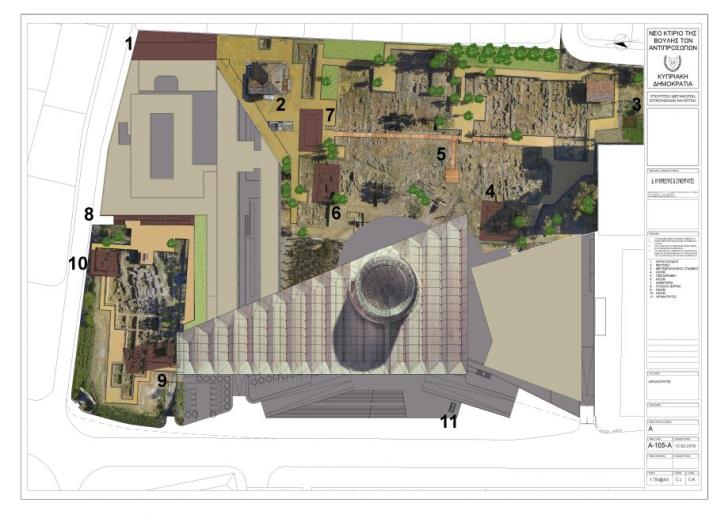 Like the original tender, the subject matter of the new one is the submission of offers for the construction of a building to become the new House of Representatives of Cyprus in a land area called St. George’s Hill located in central Nicosia next to the Pasydy premises.

The proposed moving of the House to new premises has a long history that dates back 60 years to the Declaration of Cyprus’ Independence in 1960, when the parliament was meant to be housed temporarily at its current headquarters on Nechrou Street.

In 1993 the Council of Ministers decided that a new building would be constructed at St George’s Hill, announcing an architectural competition the following year awarded in May 1995 to D. Kythreotis & Associates.

However, things got complicated in 1999 when following the demolition of the old Pasydy building in the target plot to start construction, an archaeological site was revealed, as mentioned in a paper on the site by Despina Pilides, Curator of Antiquities at the Department of Antiquities.

Excavations brought to light a complex of buildings, ceramic and textile workshops and other rooms, proving that an important nucleus existed in this area during the Iron Age. A big olive press was also unearthed.

This led to the amendment of plans by the project’s architect to incorporate the instructions of the Antiquities Department, after it was shown in studies that the new building and the archaeological findings could co-exist, with construction tenders invited for the first time in the spring of 2018 under the new plans. 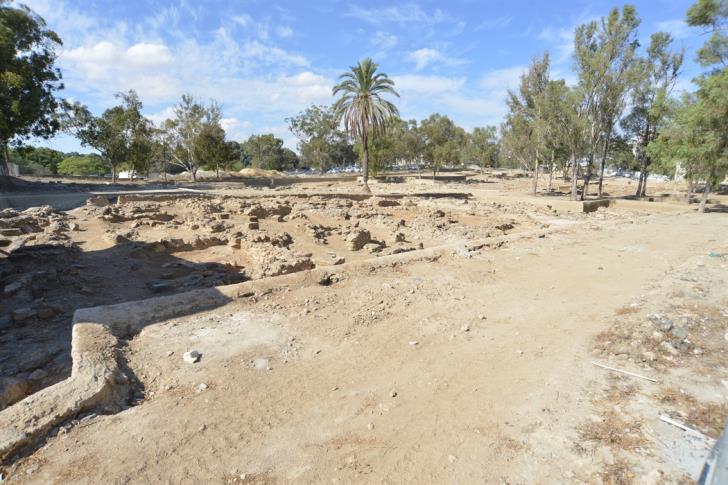 In Ieronymidou’s letter last month slamming the DPW for the relaunching of the tendering process, she points out that while the DPW had received many letters outlining the information that should be shared with prospective contractors, it failed to include all the required information in its tender documents.

Among the issues reported by Ieronymidou is the DPW’s failure to notify her department of the updated cost assessments pertaining to the archaeological aspects of the project to allow proper monitoring by her department. This might lead to the submission of offers that do not comply with the Antiquities Department’s guidelines, she explained, leading to further delays for the project.

In addition, she noted that one of the floor plans included in the tender shows a wall of the new building being tangential to the ancient ruins, that together with other omissions pose a serious threat to the site.

Following the running of the story by Phileleftheros today, the Ministry of Transport has circulated an announcement to the media assuring that the concerns raised by the Antiquities Department in relation to the safeguarding of the St George’s Hill archaeological site will be taken into consideration by circulating additional explanatory information to prospective contractors.

“The Department of Public Works received the relevant instructions last week and is in the process of preparing the explanatory information, always in collaboration with the Antiquities Department,” the announcement concluded.

By Josephine Koumettou
Previous article
Cyprus records inflation of 1.1% in January on annual basis
Next article
The hidden gems of the Cold Mountain