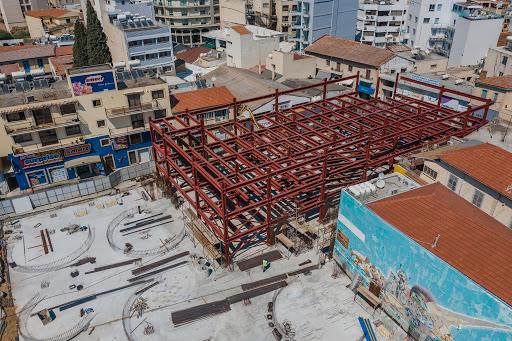 Another postponement to the delivery of the new municipal market in Larnaca leaves the coastal city’s officials unhappy, Philenews reported on Thursday.

The project’s works started in September 2018 and were expected to be completed within 18 months, by March 2020, but this month’s new postponement is the third.

Delivery now is set for September, with mayor Andreas Vyras warning that legal measures will be taken if the construction company fails to do so, again.

The delay is due both to the coronavirus pandemic but also for other reasons, he added.

The reason the municipality did not take the legal  path in April was because of expert advice  that there was a risk of getting involved in a legal dispute of at least two years long with the construction company claiming technical and other reasons for the delay.

And the documentation of these technical and other reasons requires long and complicated procedures.

However, Vyras has made clear they stepped back from taking legal action only “for the benefit of the city” but he warned that no further postponement after September will be accepted by the board.