Another cold day, some patchy cloud 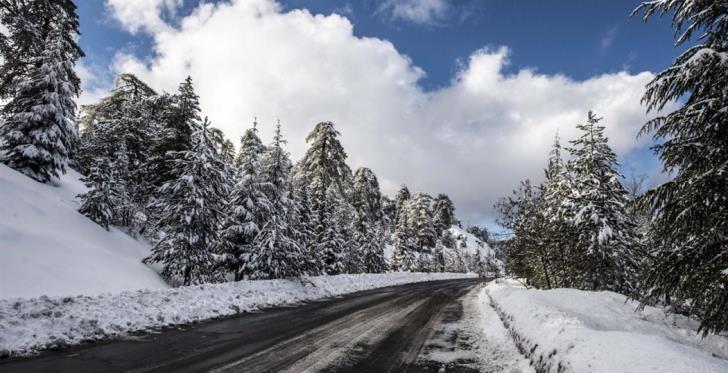 High pressure and a cold air mass will continue to affect the area until Tuesday, with temperatures remaining below the seasonal average.

On Monday there will be intervals of fine weather as well as patchy cloud with the possibility of light showers. Temperatures will rise to 11 C inland, around 13 C on the coasts and 3 C in the mountains.

Tonight will be mainly fine with increased cloud at intervals. Temperatures will fall to 2 C inland, around 5 C on the coasts and -5 in the mountains.

Tuesday will be cloudy at intervals with light showers. Locally in the mountains there will be light snowfall.

Wednesday and Thursday will be partly cloudy with light showers and light snowfall in the highest Troodos peaks.

The depth of snow at Troodos Square at the time of issue of the early morning bulletin was 66 cm.

The following mountains roads are open only to vehicles with snow chains because of ice, police said in their early morning update.

Because of weather conditions, all mountain roads are slippery and drivers are urged to be particularly careful, police added.