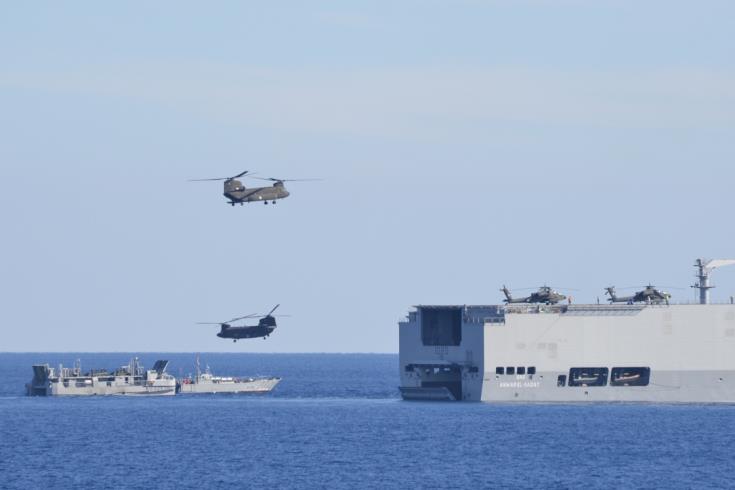 The annual five-day multinational aeronautical exercise “NOBLE DINA-2021” was successfully completed on Thursday within a sea maritime west of Cyprus.

Participants were Cyprus, Greece, France, USA and Israel – the host country, an official press release in Nicosia said on Friday.

“The Republic of Cyprus participated in all phases of the exercise with the offshore ship “IOANNIDIS” of the Naval Command of National Guard,” it also said.

“In addition, a helicopter AW-139 of the Aviation Command of National Guard, as well as the Search and Rescue Coordination Center (JRCC Larnaca), took part during the Search-Rescue phase on March 10, 2021,” it added.

Specifically, various training activities were conducted in the marine environment, which included Advanced Maneuvers and Formations, Escorts, Tactical Game, Anti-submarine Warfare and Aeronautical Cooperation Operations. As well as a Search and Rescue exercise, coordinated by the JRCC.

The offshore ship “IOANNIDIS” performed the duties of Regular Coordinator on Stage.

By Annie Charalambous
Previous article
Total of 36,786 COVID-19 cases diagnosed in Cyprus as of Monday, March 9
Next article
Over 1,200 British couples to fly to Cyprus for civil wedding ceremonies after May 1